Down Into The Pacific Electric Subway Terminal (LA’s Original Underground)

Down Into The Pacific Electric Subway Terminal (LA’s Original Underground)

February 15, 2016 Downtown Los Angeles, Historic
Over the last decade, Downtown LA has seen its fair share of cool adaptive reuse projects. Dozens of historic buildings have been converted into housing, creative offices, restaurants and retail. Without a doubt, I am most excited for an overhaul of the Pacific Electric Subway Terminal. 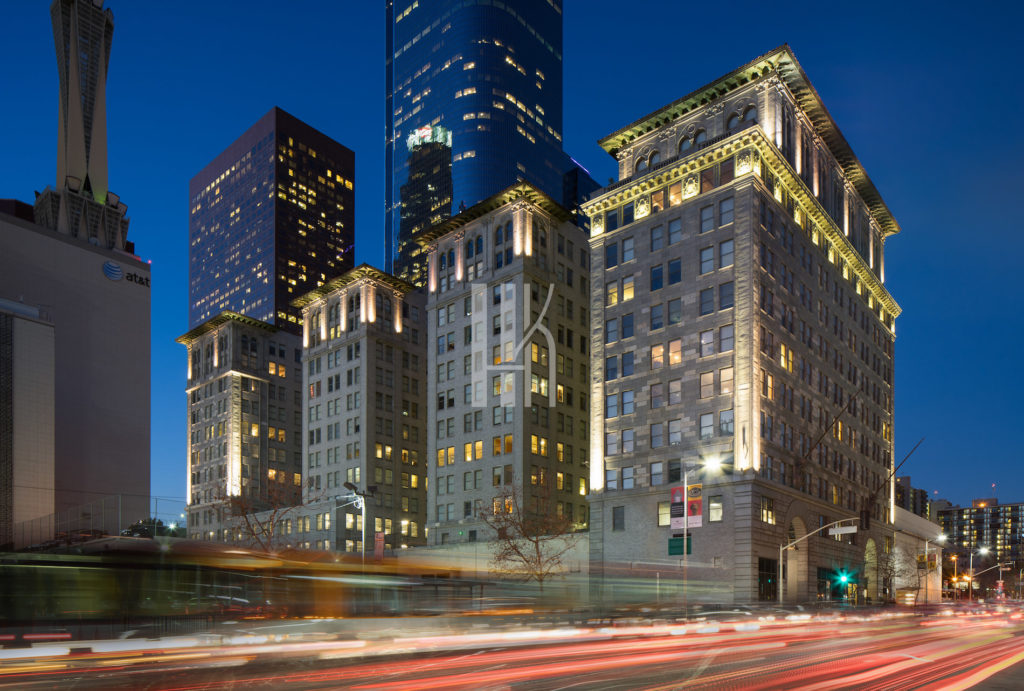 It’s no secret that hidden below the city are miles of tunnels and pedestrian passageways, but perhaps the most notorious is the tunnel that housed LA’s very first subway. Directly underneath the Subway Terminal Building (better known as Metro 417) at the intersection of 5th and Hill Streets, the old Hollywood Subway Station has been abandoned for decades. Although mostly gutted since the ’60s, the Schultze & Weaver designed station still has some of its original Italian Renaissance-ornamented terra cotta columns and a massive stained-glass skylight. With some creative vision and TLC, the 133,000 sq ft space is ripe for a magnificent redevelopment. 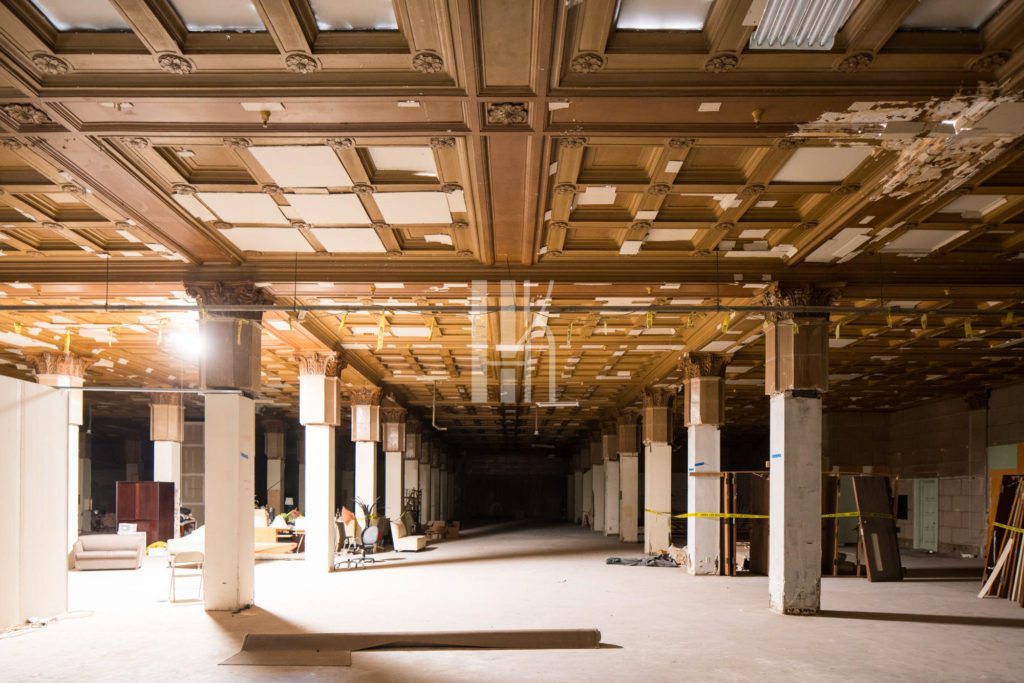 Soon enough, people will have opportunity to explore the underground station that once housed the Red Car and the 65,000 commuters it carried during its peak in the ‘40s. Thanks to the same developer of Metro 417, Forest City, the old Pacific Electric subway terminal will be reimagined into a mix of retail and creative offices. JLL is currently marketing the space and looking for the right tenants that can fill this massive space. 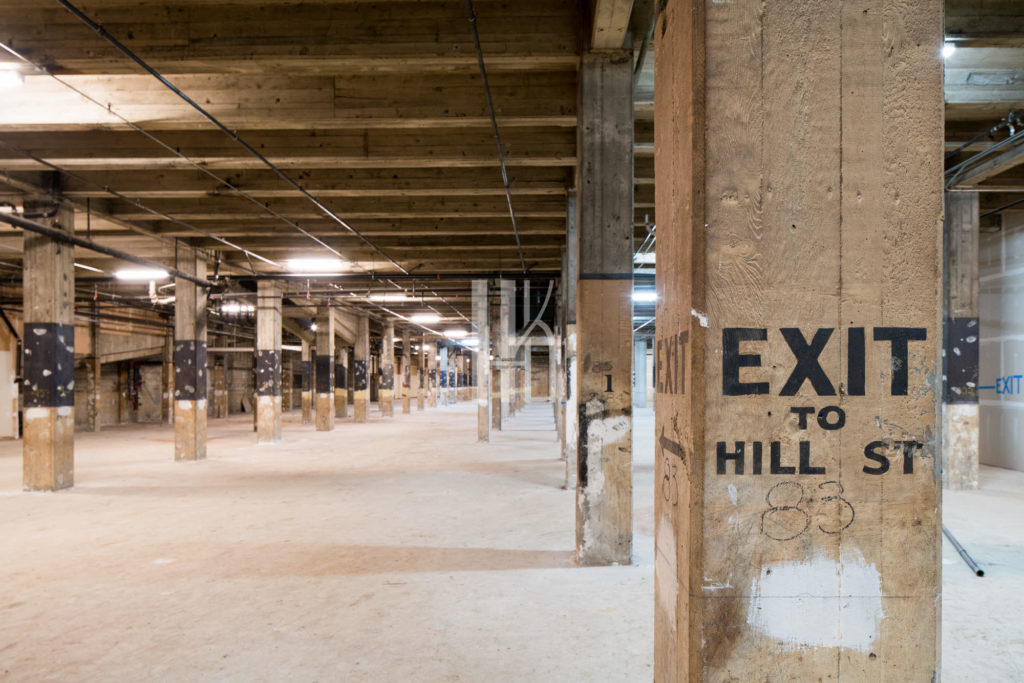 While shooting the terminal, I was overwhelmed at how vast each of the three floors were. As a huge fan of Pacific Electric, I couldn’t help feeling a bit nostalgic as I imagined people rushing through the iron gates past the ticket collector and down to the roar of the Red Cars. Sadly, a majority of the original character was lost when the terminal was converted into a Cold War fallout shelter. The original street signs and track numbers on the pillars were the only true reminder of what the space was used for. I have my doubts that they will be preserved during redevelopment, but luckily that’s what photographs are for. 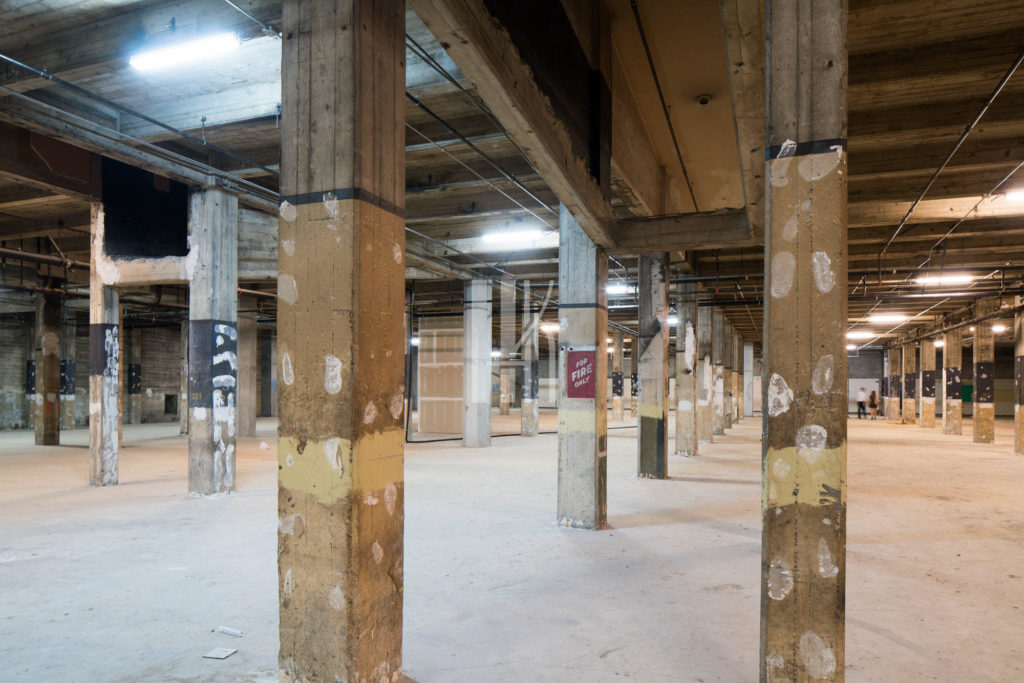 Aside from the fact that two floors of the space are underground, the historic details and structure are what make this project both intriguing and challenging. The ground-level has the most potential for an awe-inspiring revival, but I’m excited to see how the lower floors are divided and built out. For more specifics on the project, check out the Downtown News article here. 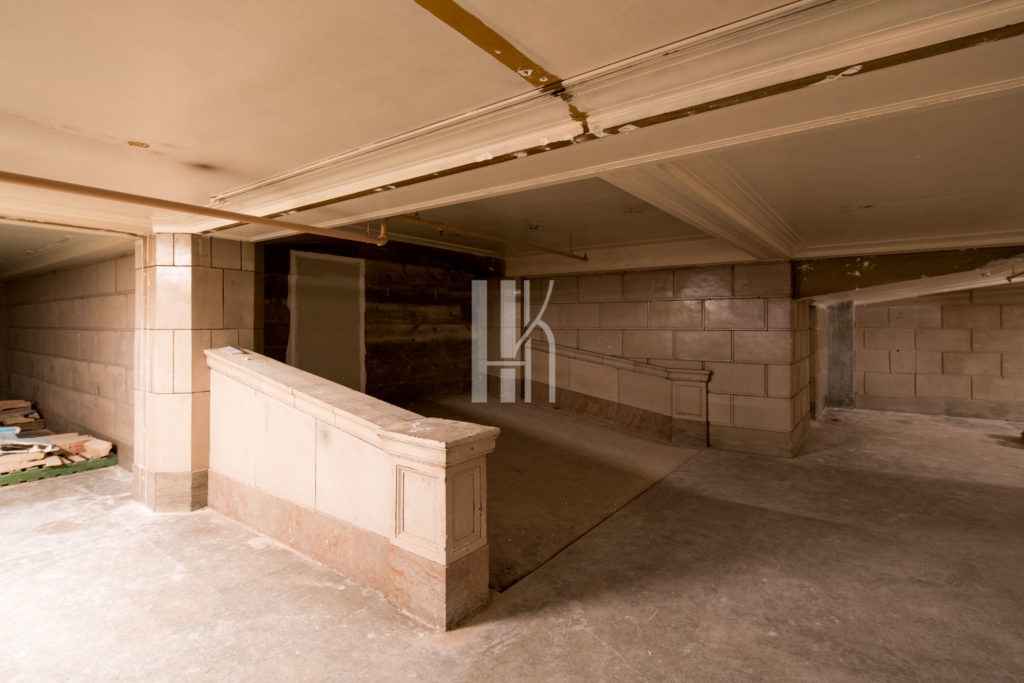 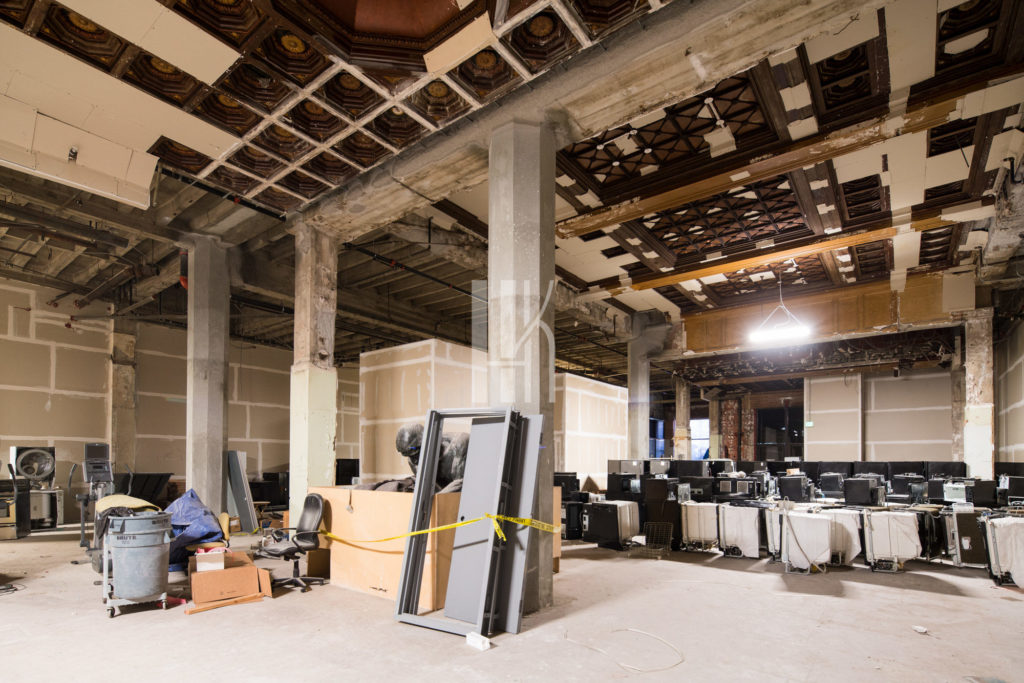 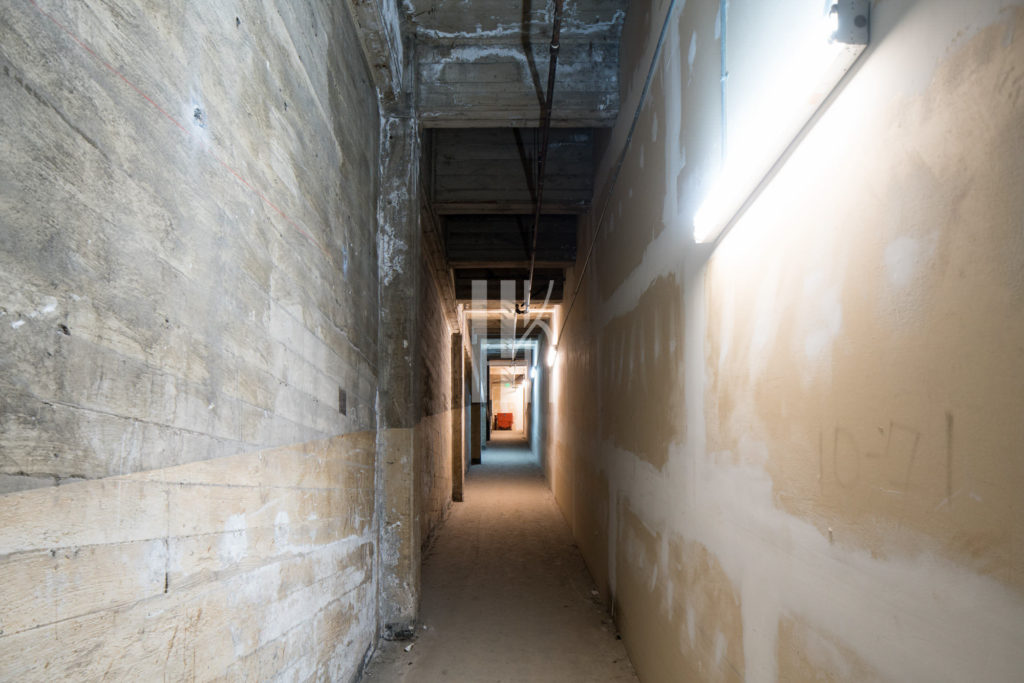 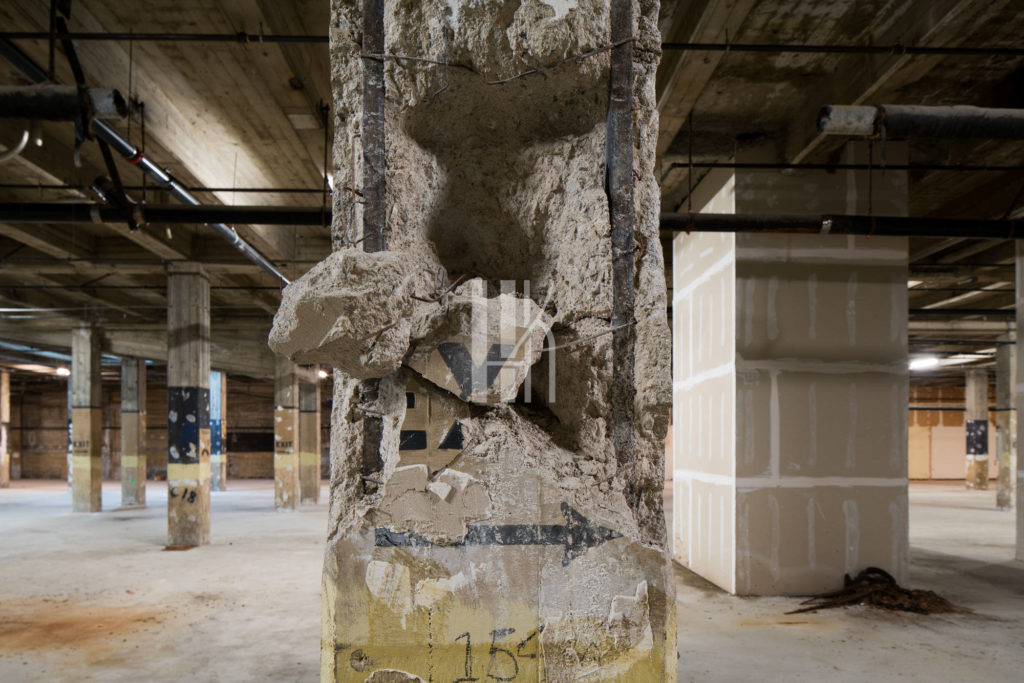 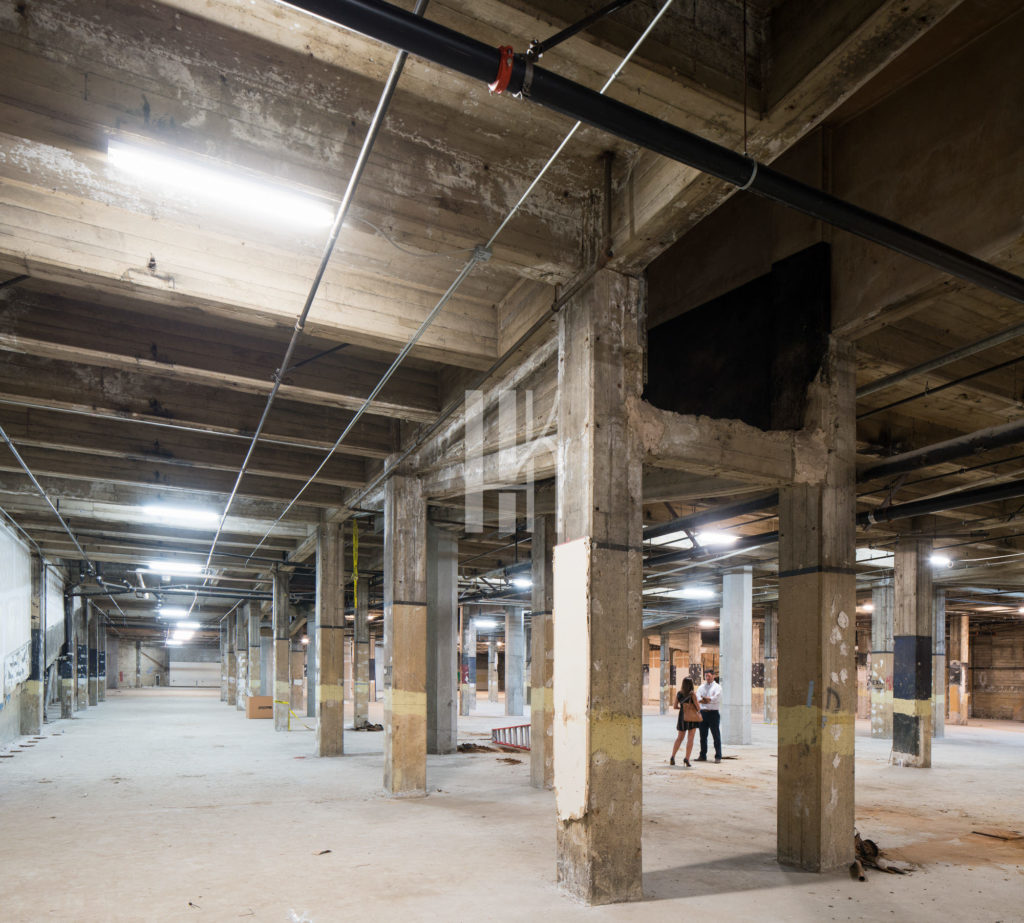 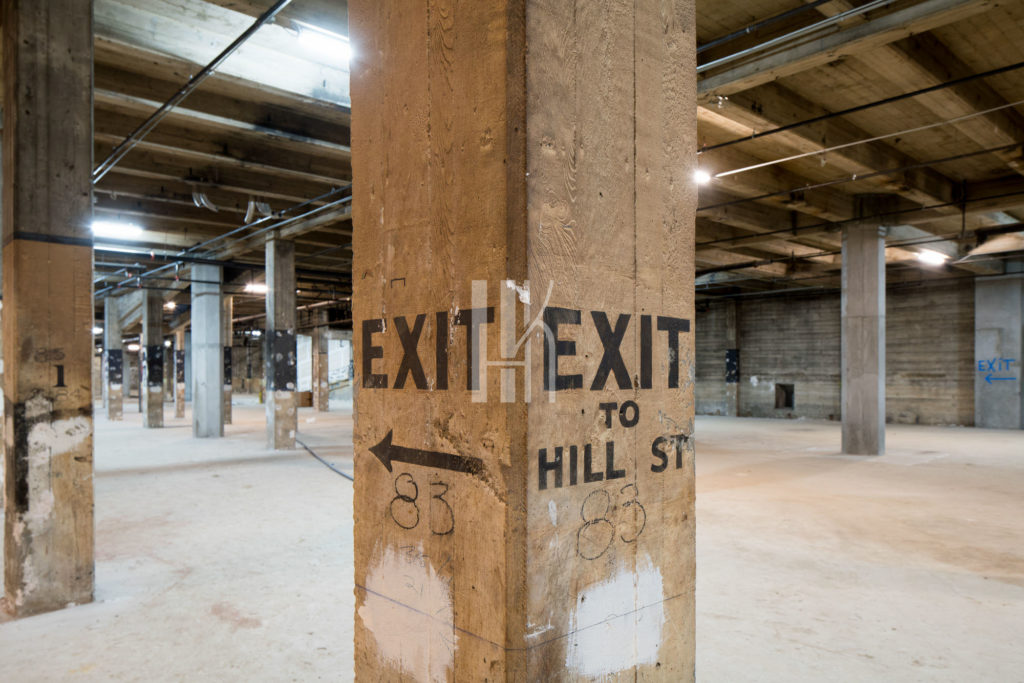 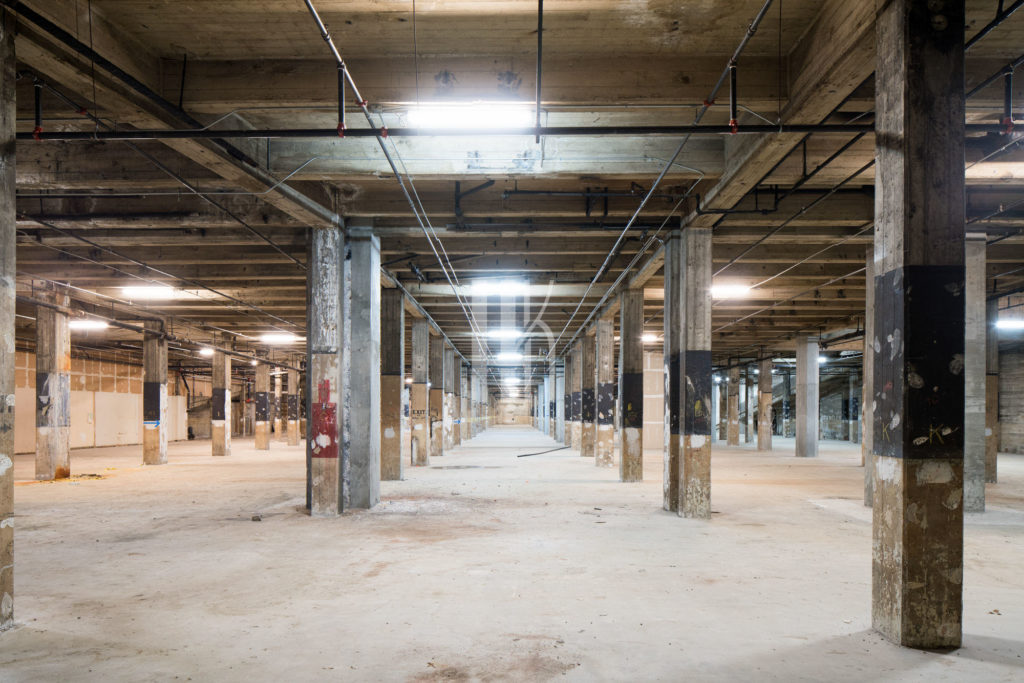 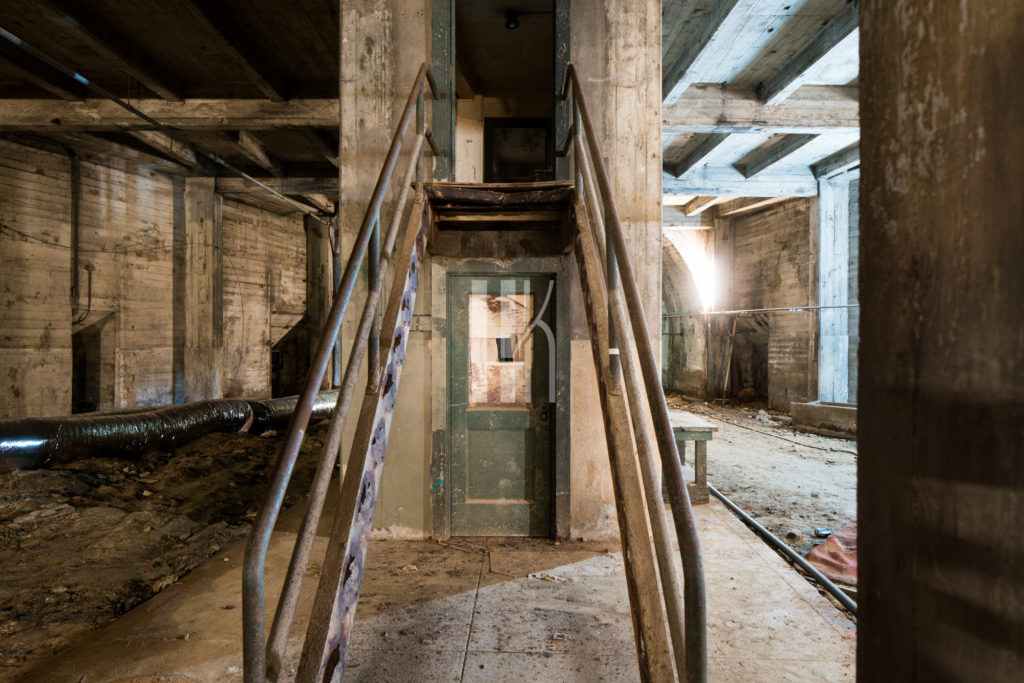 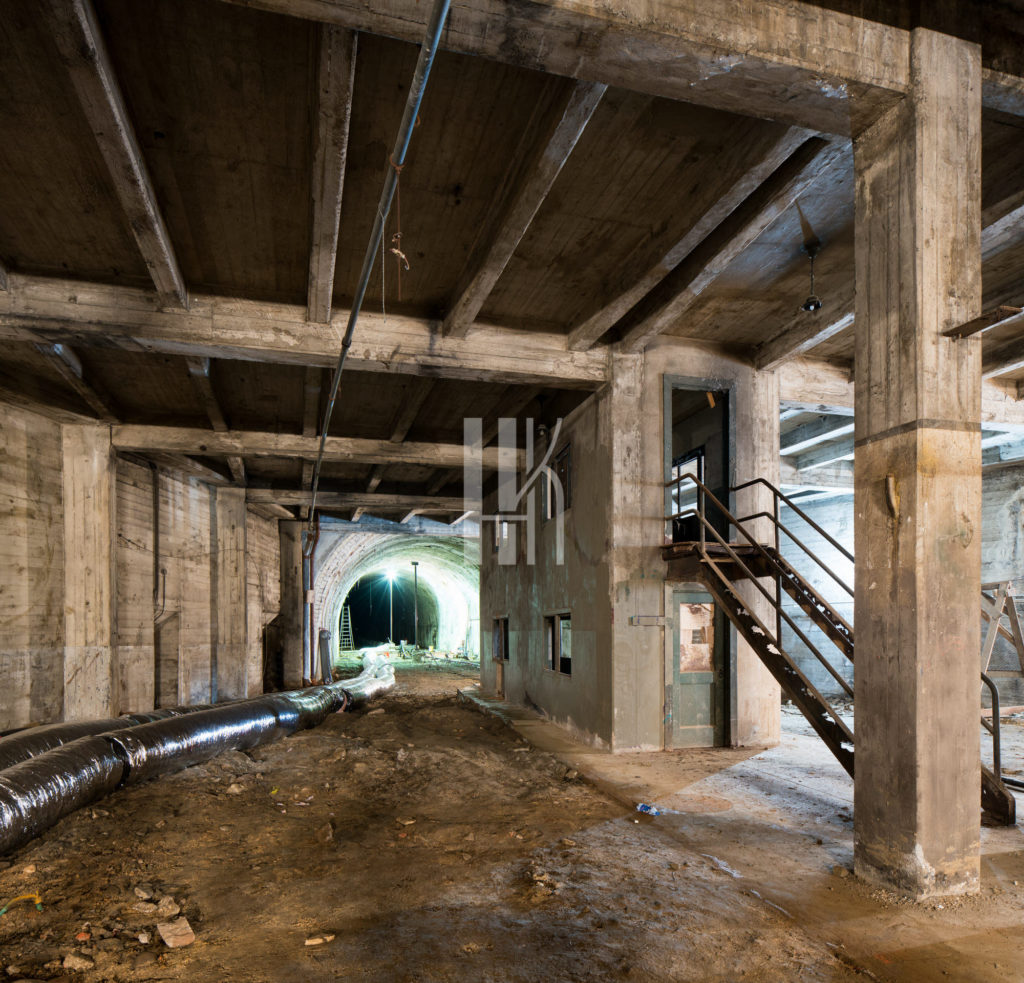 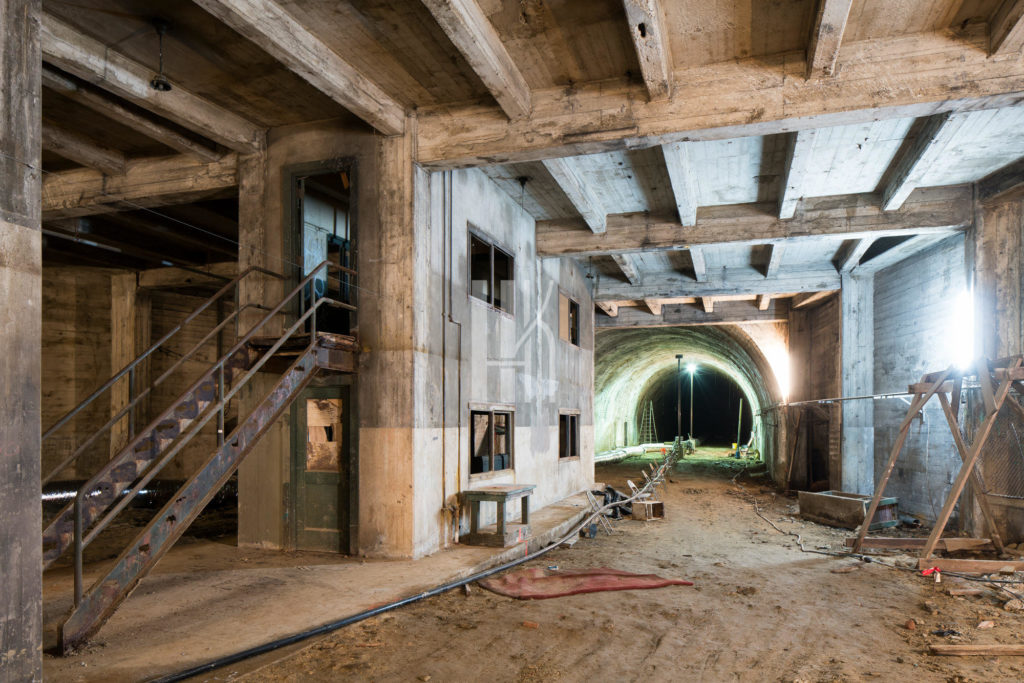 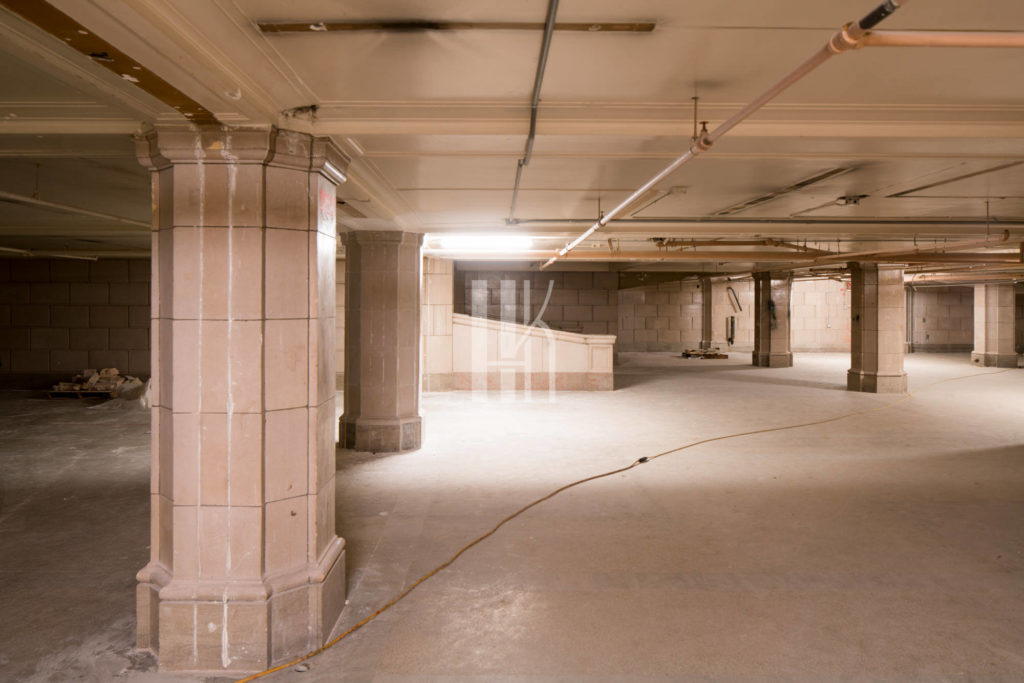 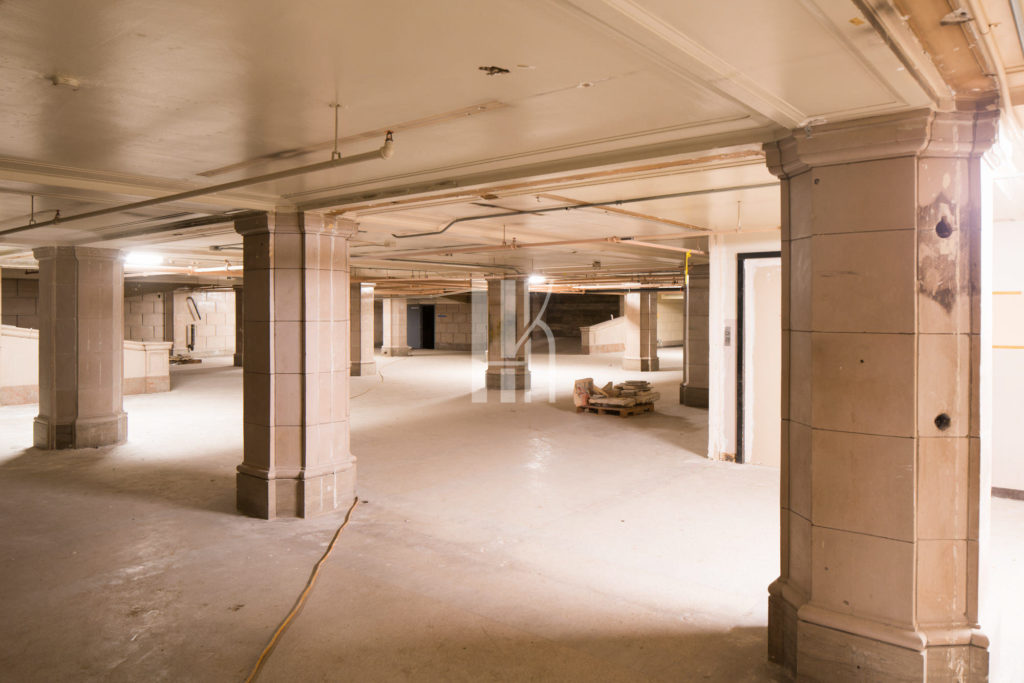 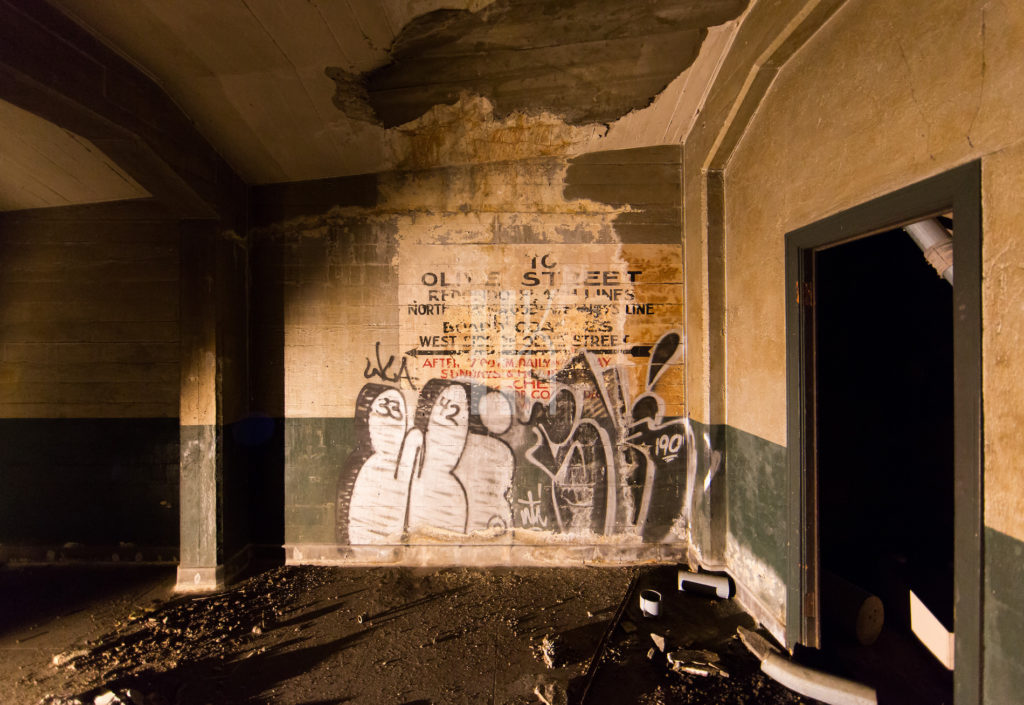 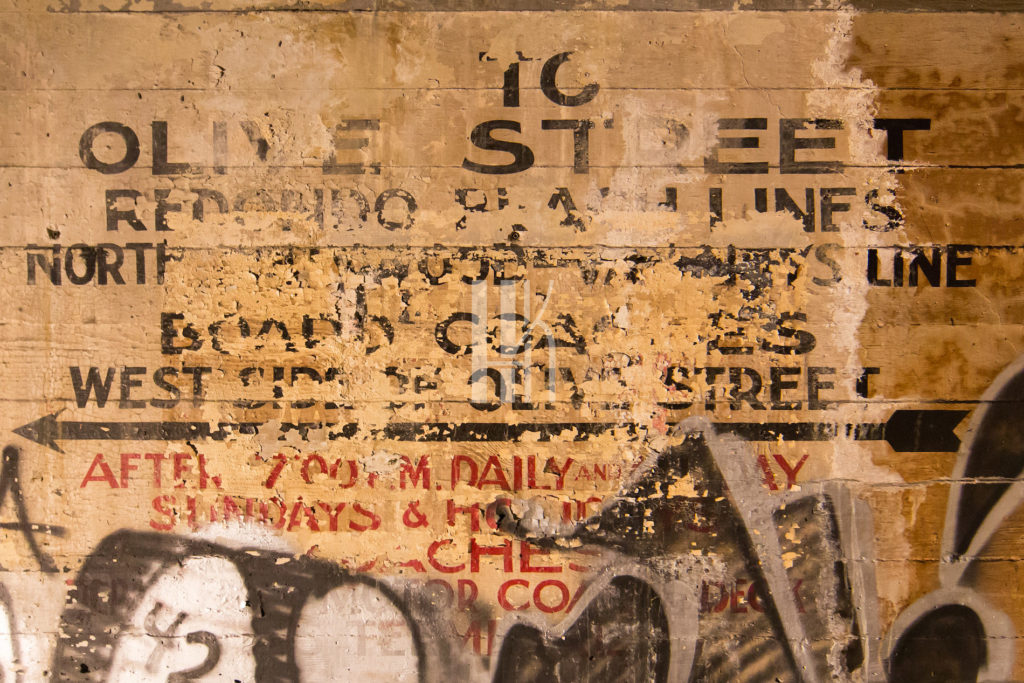