Metropolis is very close to opening their first phase. The courtyard is still a few months away from completion, but the LED screen already appears fully operational. Hotel Indigo will reportedly open in April.

Last August, the Los Angeles Football Club broke ground. The old LA Memorial Sports Arena was demolished to make way for the 22,000-seat venue. The stadium, which sits next to the Coliseum, will be a huge draw to Exposition Park. For the renderings and more info on the project, check out Urbanize LA’s article here.

Onni’s 50-story tower at 820 S. Olive is close to surpassing its neighbors. This development is particularly exciting not only because its immense height, but it is also one of the only new projects in Downtown LA to build with zero-lot-lining.

The second tower from Holland Partner Group and North America Sekisui House, LLC, has begun to rise. The first tower (755 Spring St.) broke ground in 2015. It is already several floors above ground-level. Both buildings, which will have apartments and ground-floor retail, will top out at 24 stories.

The twin Circa towers are really coming together nicely. The towers are about 3/4 of the way to being topped out. Both towers are now partially-clad in reflective blue glass panels. It’s a nice diversification from the handful of clear-glass towers we’ve seen in Downtown lately.

Topaz continues to move at a snail’s pace. The 7-story Historic Core development was slated for completion in late 2016. I’m not sure what the delay has been, but it looks like end of 2017 is a more realistic timeline. At this rate, I wouldn’t be surprised if the Spring Street Towers delivered first. 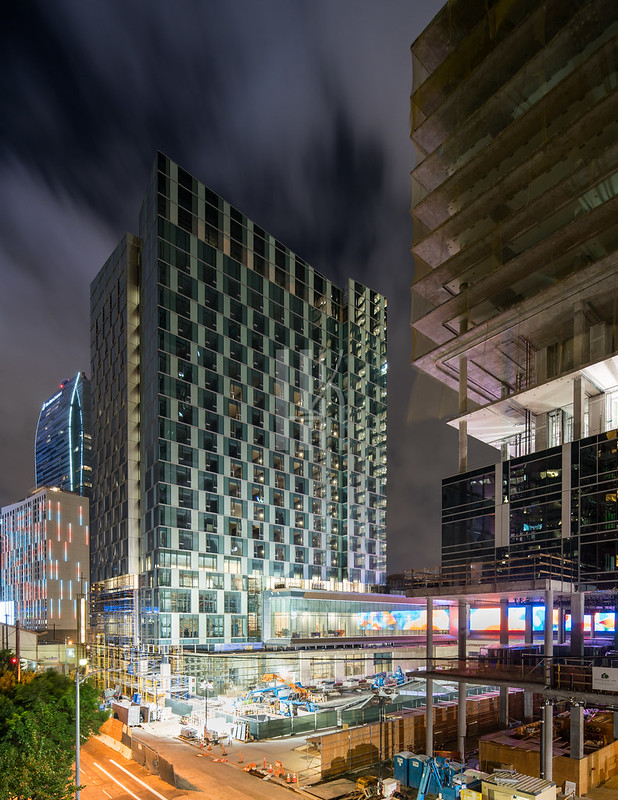 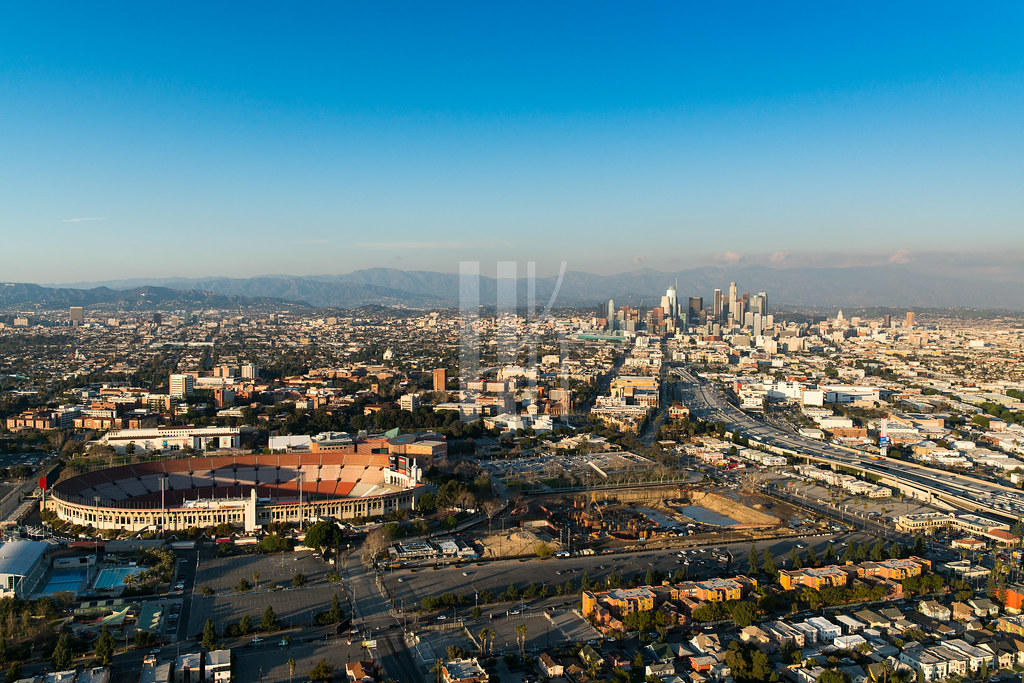 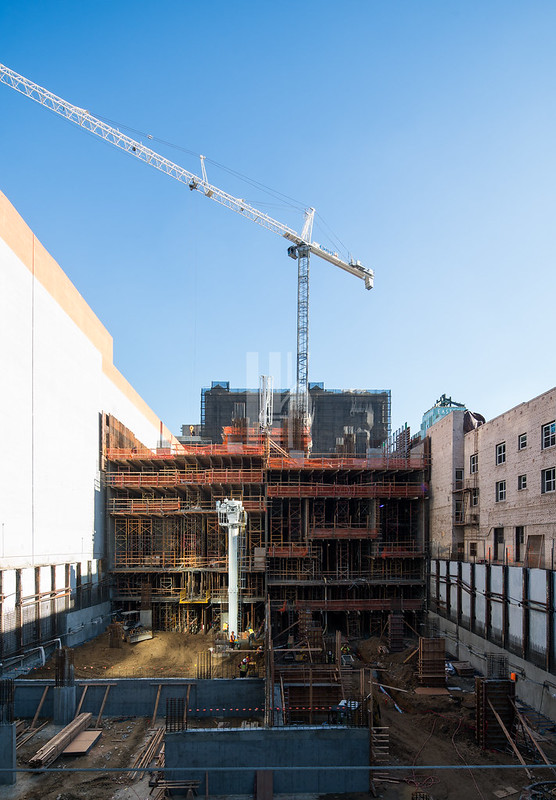 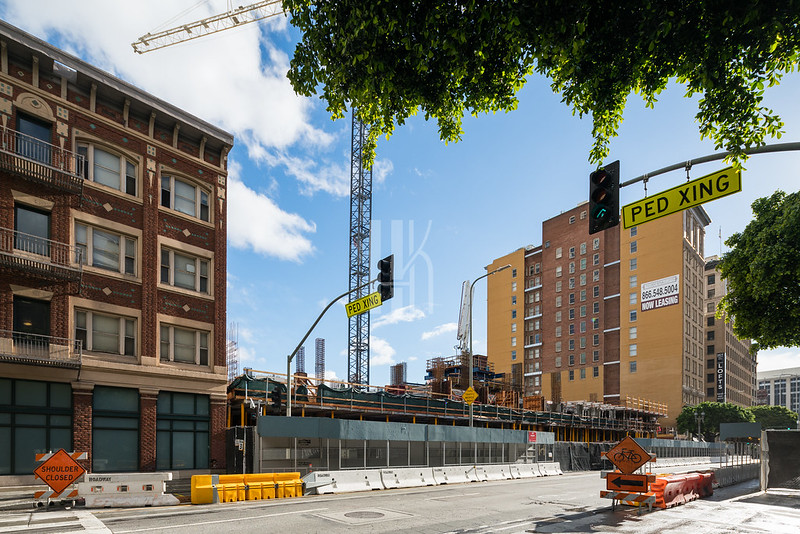 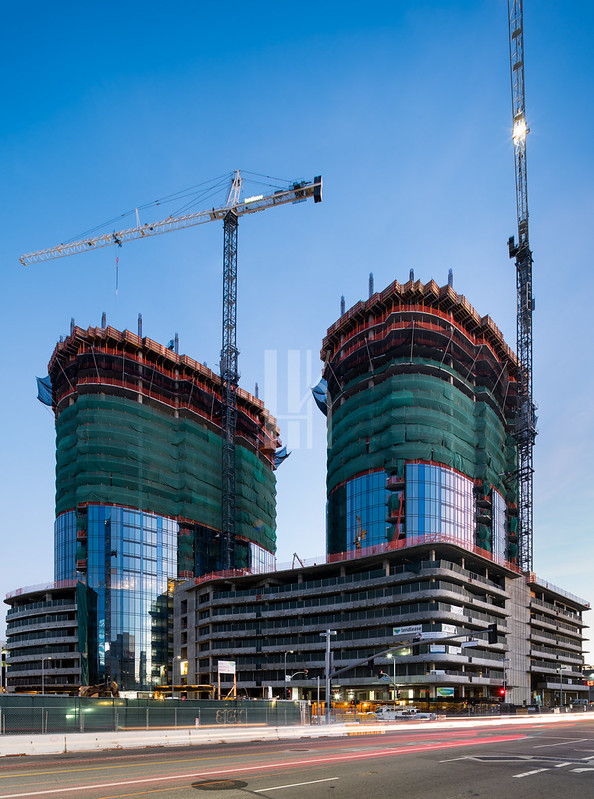 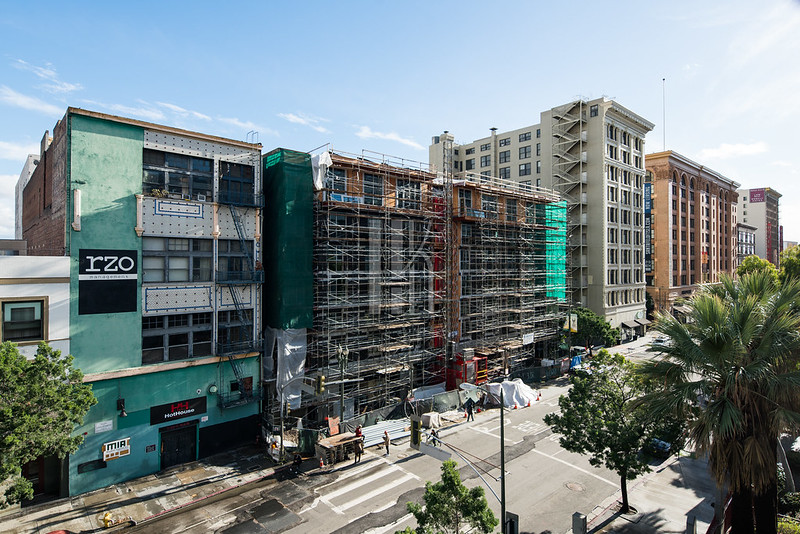