The six-story development at Olympic & Olive is just about complete. Much like the G12 complex down the block, this mixed-use apartment complex went with a grey and yellow color-scheme. It looks pretty darn close to the rendering, minus the signage switcharoo.

Over at the edge of Historic Core, 222 S. Main St. is also nearly identical to its rendering. The 7-story project is likely to open within the next few months. It will bring 237 apartments and 4,000 sq ft. of retail space to the area, which borders Little Tokyo and Civic Center.

Construction workers have begun to gut the Olympic Theater. The historic theater was abandoned for decades, but it has found a new life thanks to retailer COS. The sister-brand to H&M announced it would open in Fall of 2016, but it looks more like Fall of 2017. While it’s always sad to see an old movie palace go, it’s great to see 8th street continue its hot streak of adaptive reuse.

At Mateo is lifting off in Arts District. Both structures, which will be separated by a cobblestone paseo, are topped out. The use of historic-style materials and the unique layout make this one of my favorite Arts District developments. If the garage has some dedicated retail parking, that would just be icing on the cake.

LA State Historic Park is. . . not looking all that different to be honest. Nonetheless, it does look nice and refreshed. The 34-acres of green space are definitely needed, as DTLA is lacking when it comes to vast, open recreational areas. The park will have its grand re-opening in April. 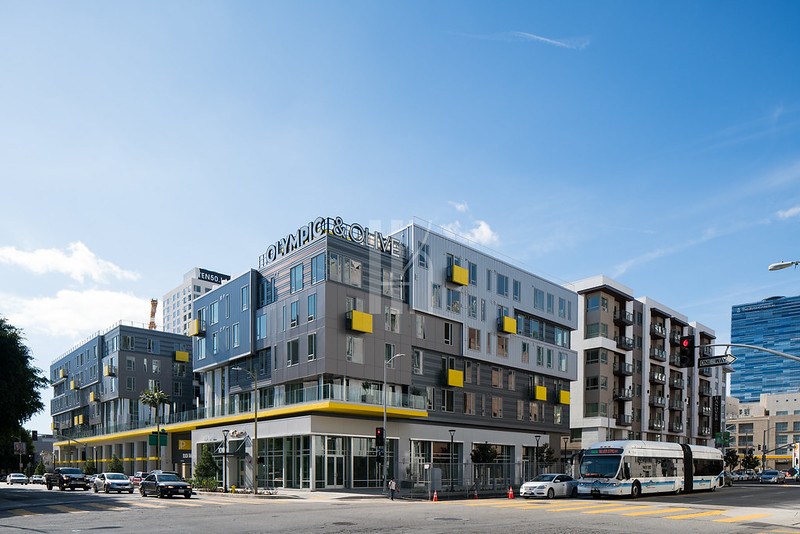 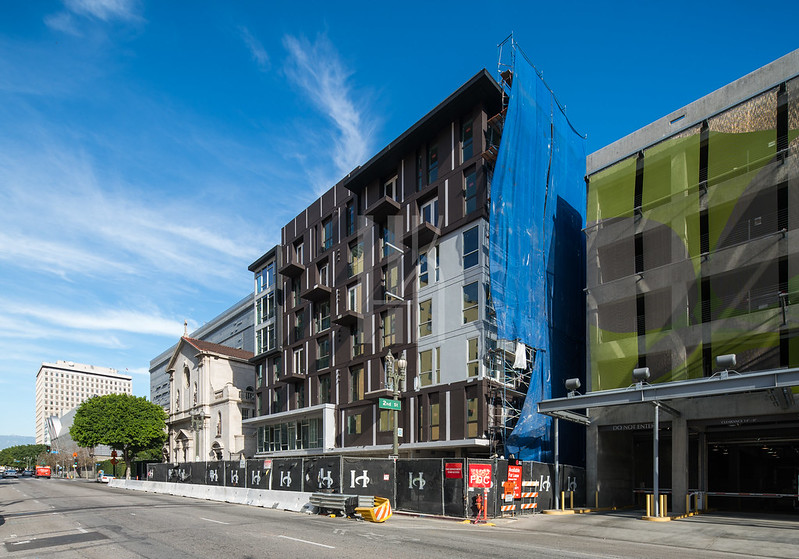 The Olympic Theater, leased by COS
Developer: COS 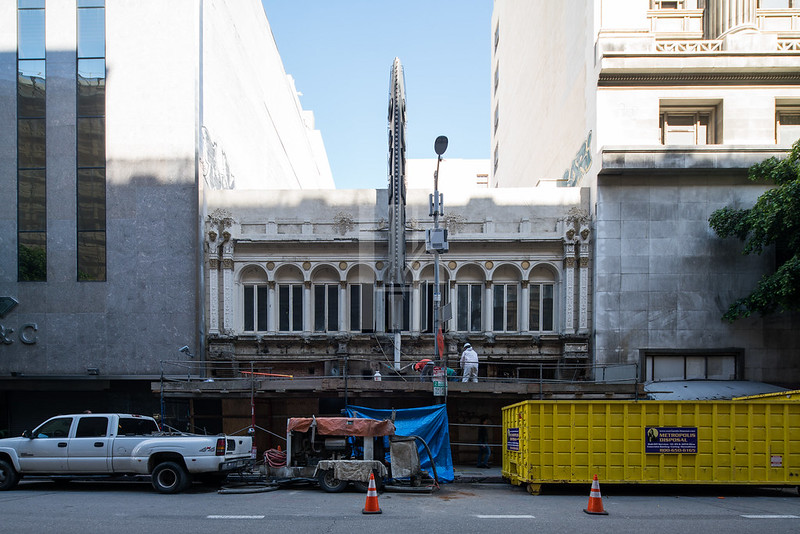 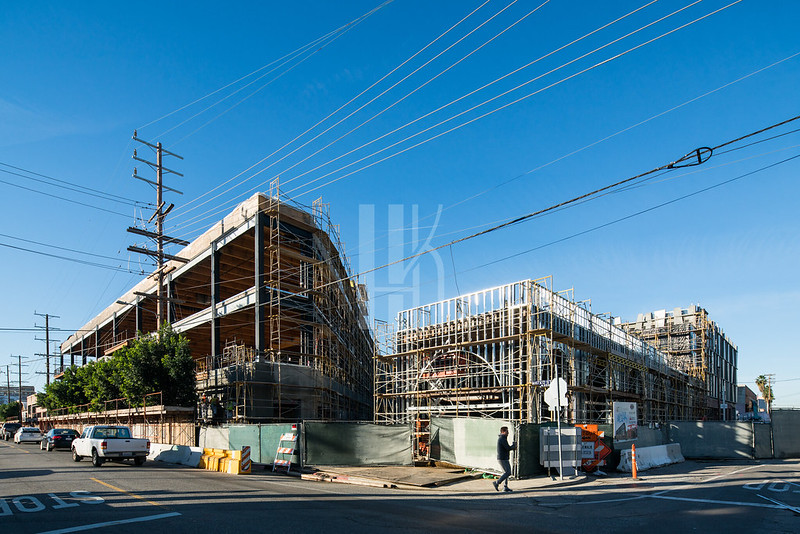 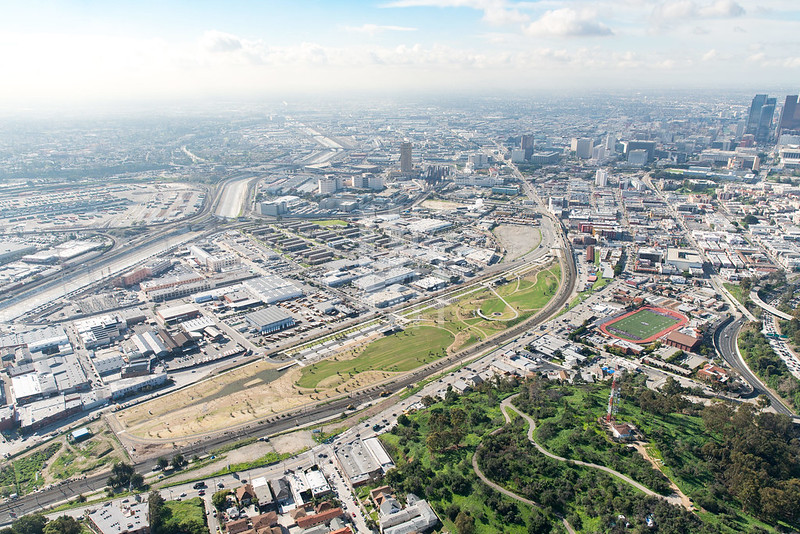