The Olympic Theater (soon to be H&M sister retailer, COS) got a bright pop of color this month. The historic blade sign changed from all black to teal with yellow lettering. It looks like they will also be restoring the neon lettering, which is a nice ode to the historic theater’s past life.

1201 S. Main St, part of a two-building development called 11×12 from Forest City Enterprises, is nearing completion. The seven-story apartment building has topped out, and the facade has begun installation. The exterior, which features color blocking with white and multi-toned blue panels, looks spot on to the renderings.

Apex 2 continues to diligently rise from the ground. The tower, which is currently on its 7th story, still has 21 levels to go. Unlike its predecessor, this apartment tower will include a rooftop amenity deck, 11,600 square feet of retail space, and a large digital sign on its western facade.

It has been one year since construction started on Giannini Place. The historic building at 7th & Olive streets continues its transformation into the NoMad Hotel. The project is in the hands of Sydell Group, who also converted the Commercial Exchange building into a Freehand Hotel just a few blocks south of this building.

The Olympic Theater, leased by COS
Developer: COS 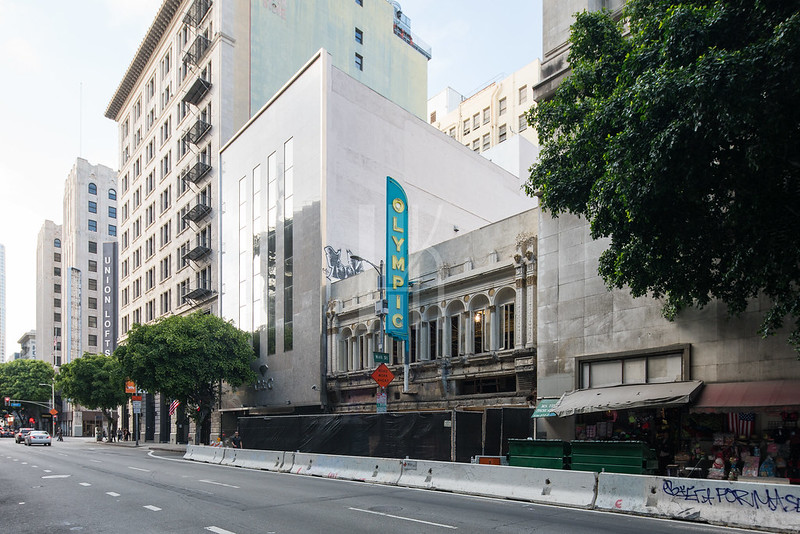 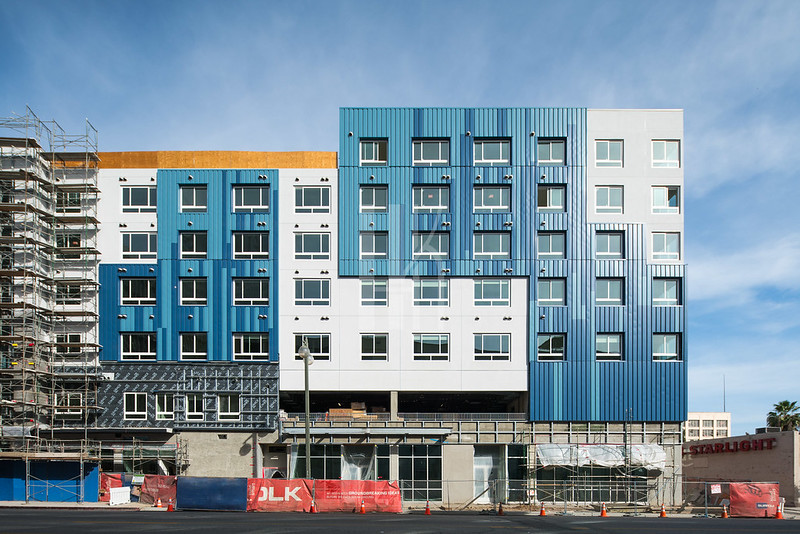 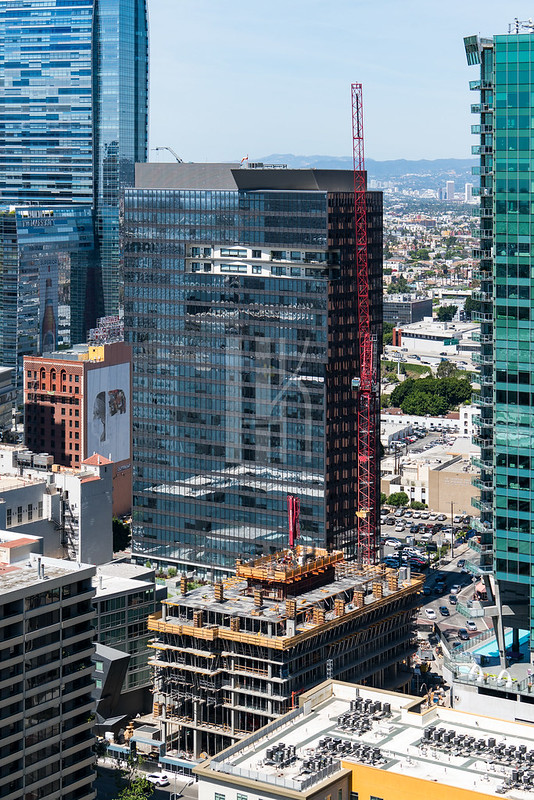 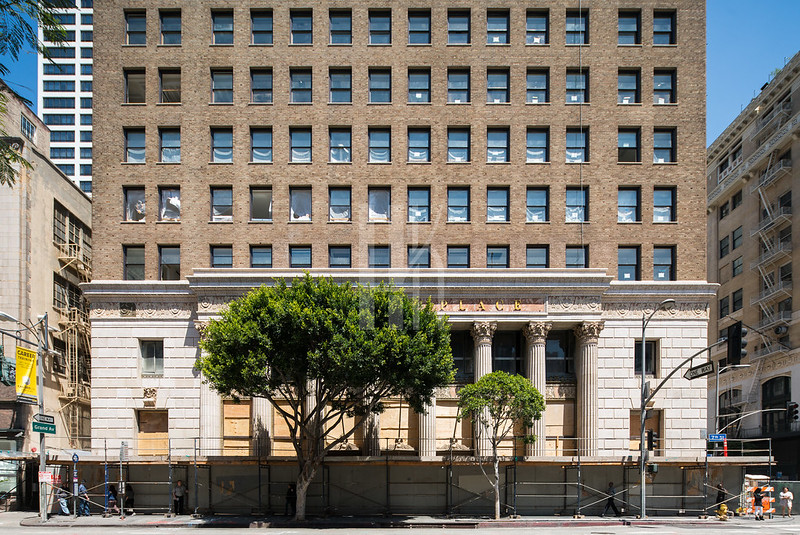