Ray Kappe has had a legendary career as a master architect, planner, and educator spanning over the last seven decades. From founding world-renowned architecture school, SCI-Arc, to building over 100 custom modernist homes throughout Southern California (including his own iconic Pacific Palisades residence), it’s not hard to see why he has received international acclaim.

Even though Kappe has just turned 90 years old, he has shown no signs of slowing down. For the last 12 years, Kappe has worked closely with LA based hotelier, Bob Ghassemieh, on several projects. It began when Ghassemieh wanted to gut-renovate a 1975 Kappe house he had purchased. After living in the renovated home for several years, he commissioned Kappe to build his dream house from the ground up.

Built on a prime hillside in Beverly Hills, the Ghassemieh residence is proof that even in his later years, Kappe is still in his prime. The property reflects Kappe’s distinct style, combining clean lines with wood, glass, and concrete and melding the open floor plan with nature. The main house is 8,000 sq ft and features 5 bedrooms, 6.5 baths, a gym, a screening room and a wine cellar. The 3 levels are connected by a custom-built glass elevator with an open top glass cab.

The home is sustainable and incorporates solar power for electricity and solar thermal for hot water. The pool is also heated by solar panels. The floor to ceiling glass walls are made of high performance thermal glass. They offer views of the city and canyon from the upper level, and the lawn, infinity pool, and trees on the main level. The landscaping was designed by Mia Lehrer + Associates.

The 30,000 sq ft lot also has a detached 1 bedroom, 1 bath guest house and a detached pool house featuring a bathroom and locker room. Construction took a total of 4 years, and was completed in late 2016. After Kappe completed the project, he continued working with Ghassemieh on designing the newly-completed Mr. C Residences at the Mr. C Hotel in Beverly Hills. 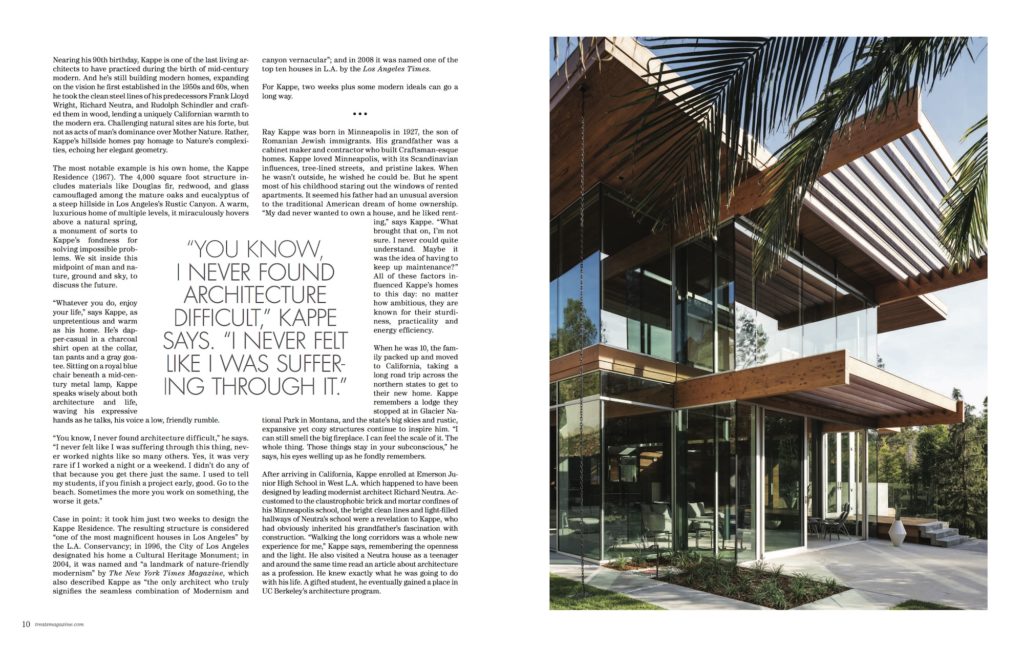 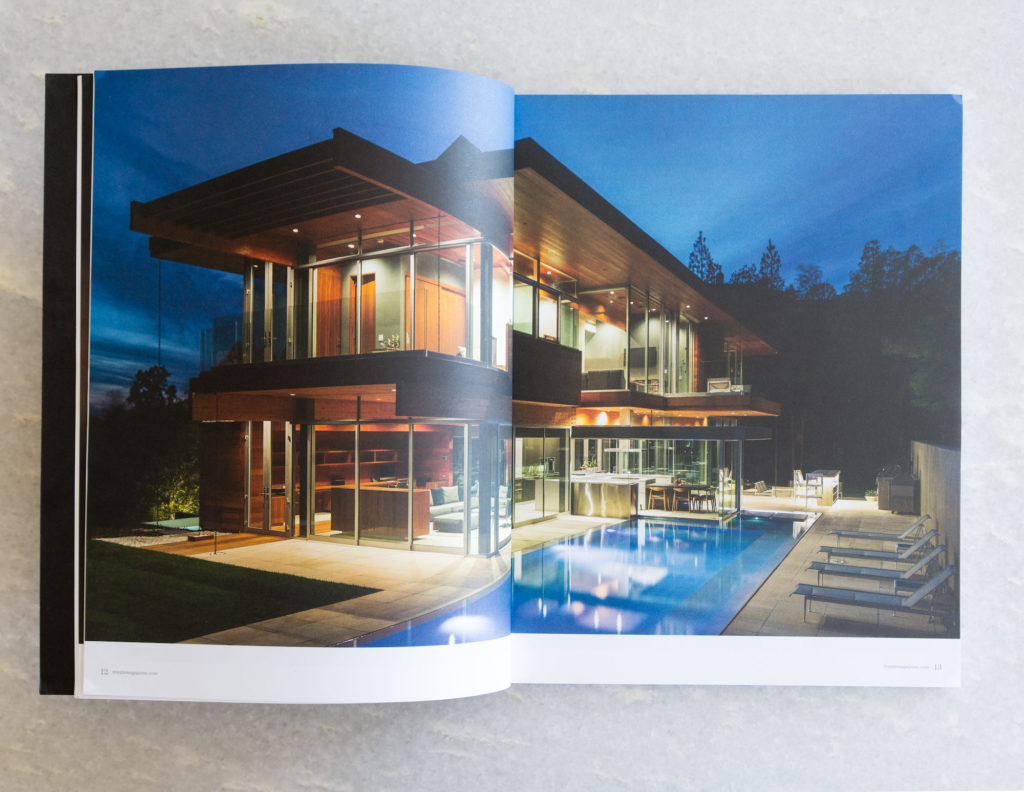 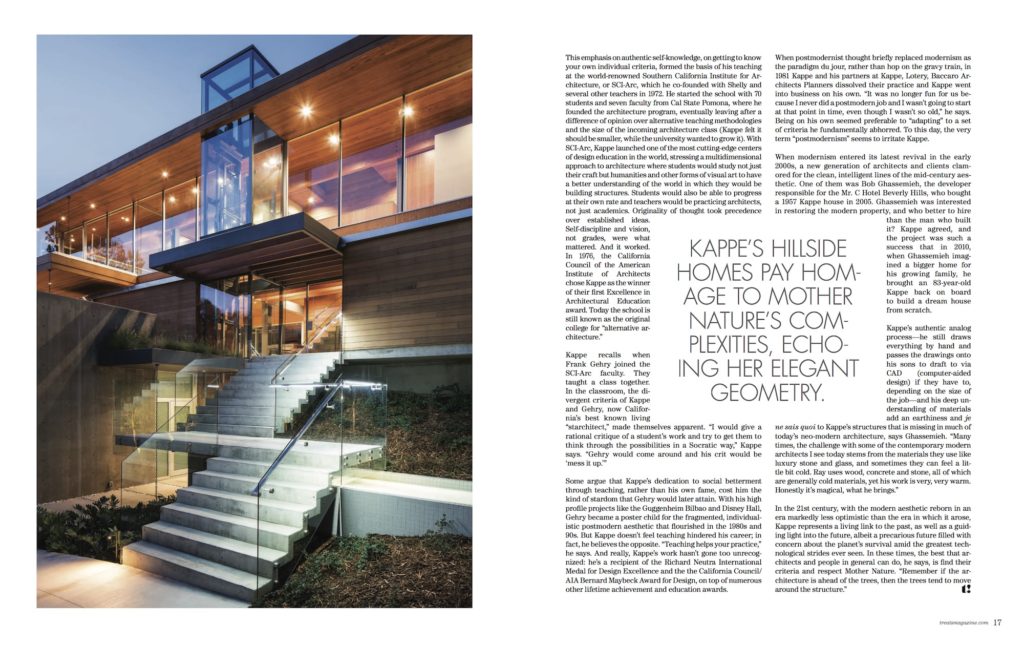