Compared to when we last saw it, The Commercial Exchange Building is looking nice and clean. Thanks to Sydell Group, this once-vacant historic building will soon be a Freehand Hotel.

The Herald Examiner Building finally saw a little bit of action. Two of the arches (which were once huge windows) have been knocked out and boarded up. I presume they’re starting to do fittings for the new windows, but I don’t expect to see any major work anytime soon.

The historic Case Hotel at 11th & Broadway was almost completely covered in exterior scaffolding. This building is a true gem, and I can’t wait to see it once it’s unveiled.

The Beverly Center, which started its $500 million makeover back in March, has chosen quite an interesting way to capture attention of passers-by. A 70-foot mural of a cartoon woman flashing herself to the interior of the building now adorns the black construction tarps that envelope the facade. Titled “Girl Lifting Skirt 2,” by artist Geoff McFetridge, the mural is the first of several that will adorn the building’s facade throughout its renovation.

Mixed-use project At Mateo in the Arts District is up off the ground. The four-story concrete garage looks like it just topped out, while the rest of the project is still catching up on the framework. 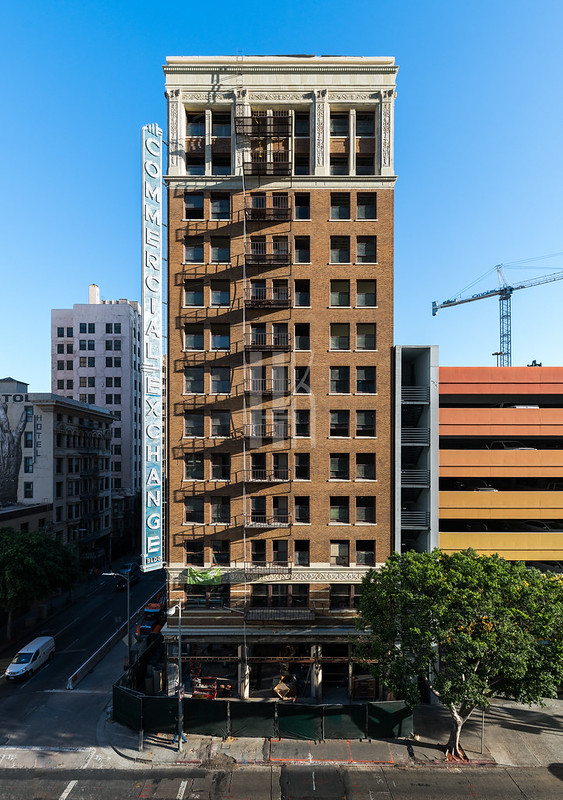 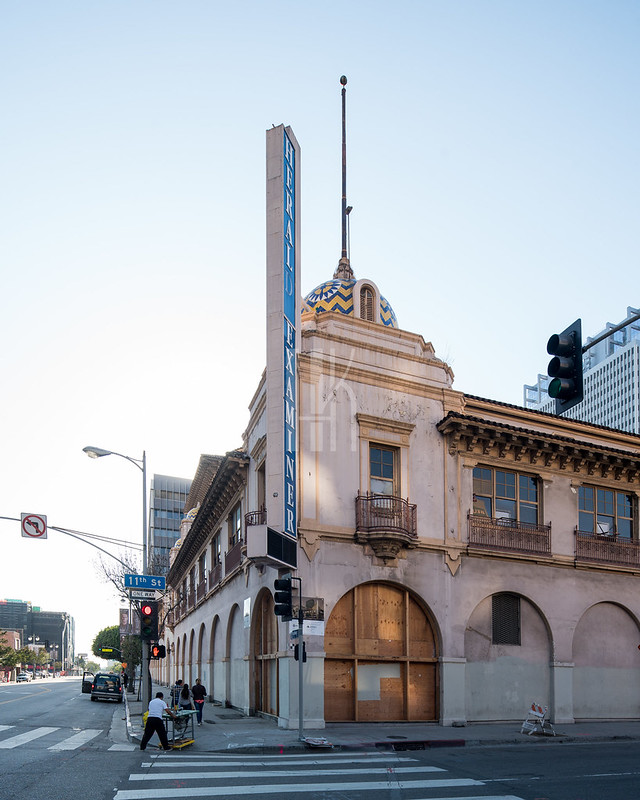 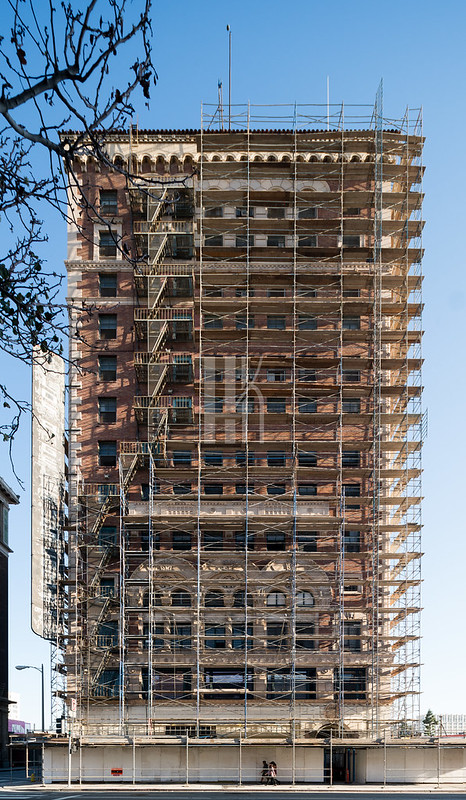 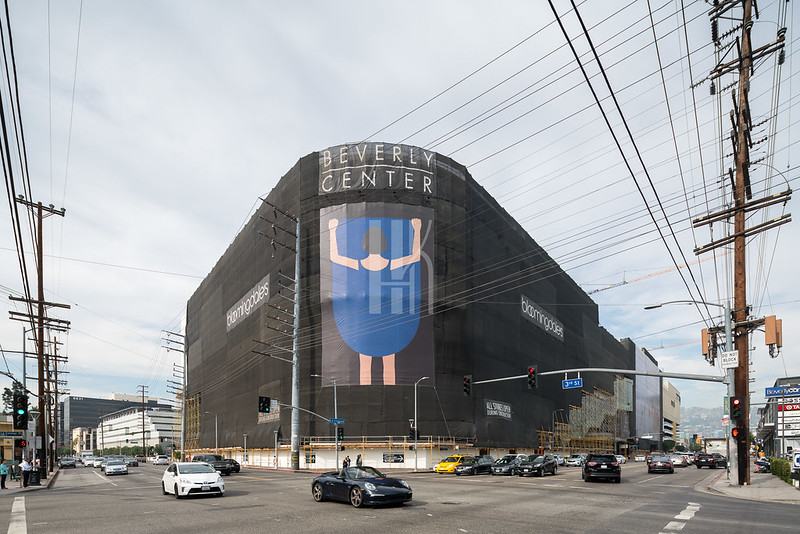 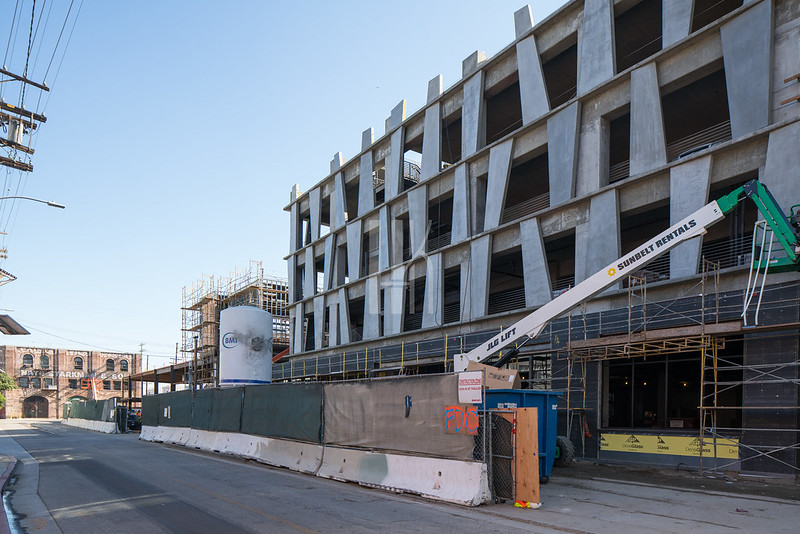