The Park Fifth site is deep in the trenches.  The entire lot at 5th between Olive and Hill Streets has become a pretty sizable hole.

Out with the old and in with the new. . . The old Blue Jeans store is now a distant memory. A shoe store, called Footaction, has moved into the old, Midcentury storefront. The facade has been treated to a grey paint job and a sleek black ground floor exterior. Rumors are that a neon vertical sign is still to come.

It appears that Atelier did not choose the leaf design podium covering that we saw in the July update. Instead, they’re going with a classic diamond-pattern metal sheeting.

The Capitol Records Building is getting a new neighbor. An 18-story residential tower has broken ground at 1755 Argyle in Hollywood. Scheduled to open in 2018, the tower’s cool and unconventional facade design can be seen in the latest renderings.

Metropolis has begun to install a large LED screen in the plaza fronting Francisco St. The 100-foot by 20-foot screen will later be joined by even bigger LED screens on Oceanwide Plaza, Circa, and 1020 Figueroa. On-site workers estimate that the screen will be up and running by early February.

The Academy Museum at Wilshire & Fairfax continues to plug away. New steel framing has appeared in the old May Company building, while the rest of the lot is still working on the foundation. Meanwhile, across the street, the Purple Line station has gained a small crane of its own. Plenty of trucks and equipment have made their way on site to continue clearing the lot for construction. 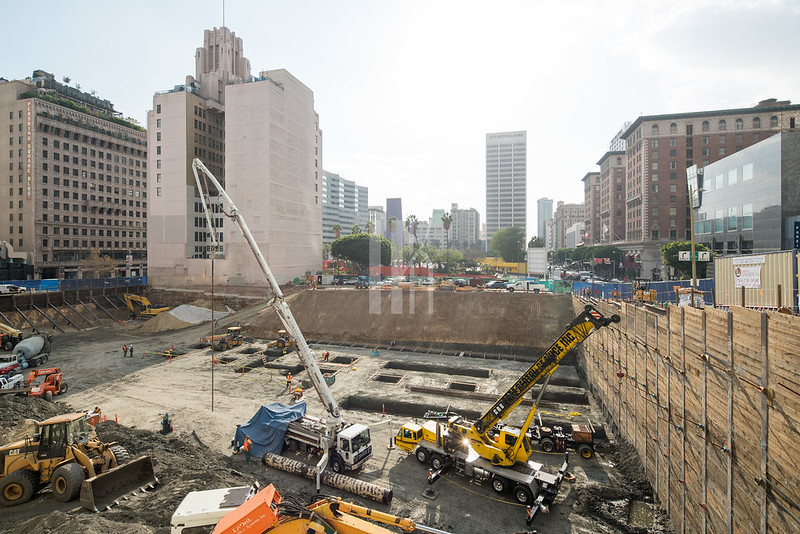 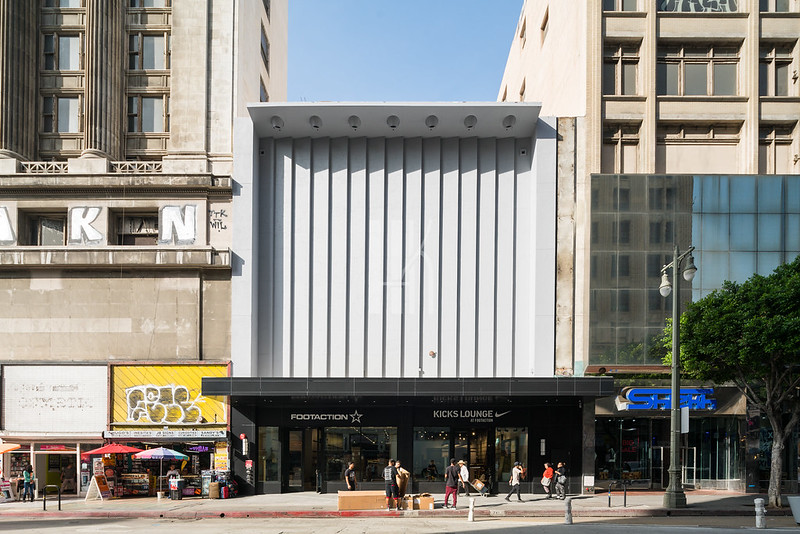 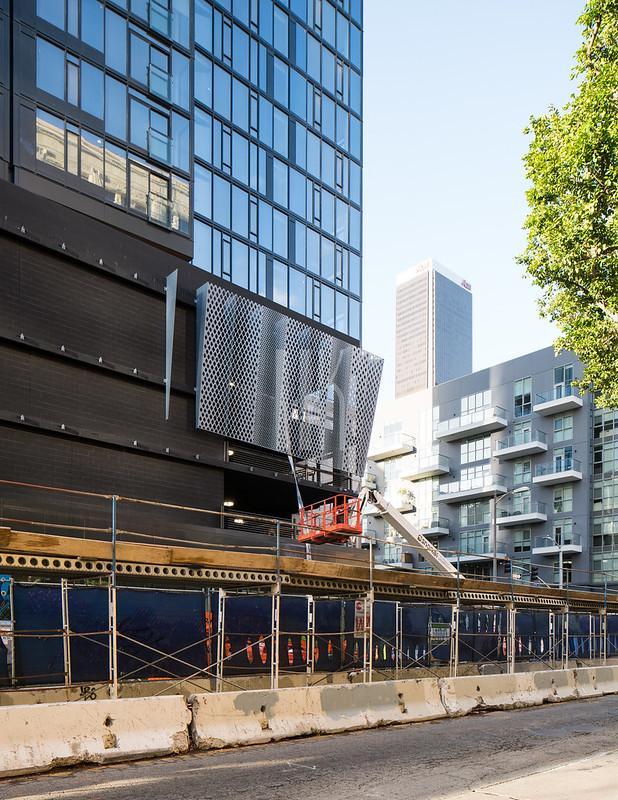 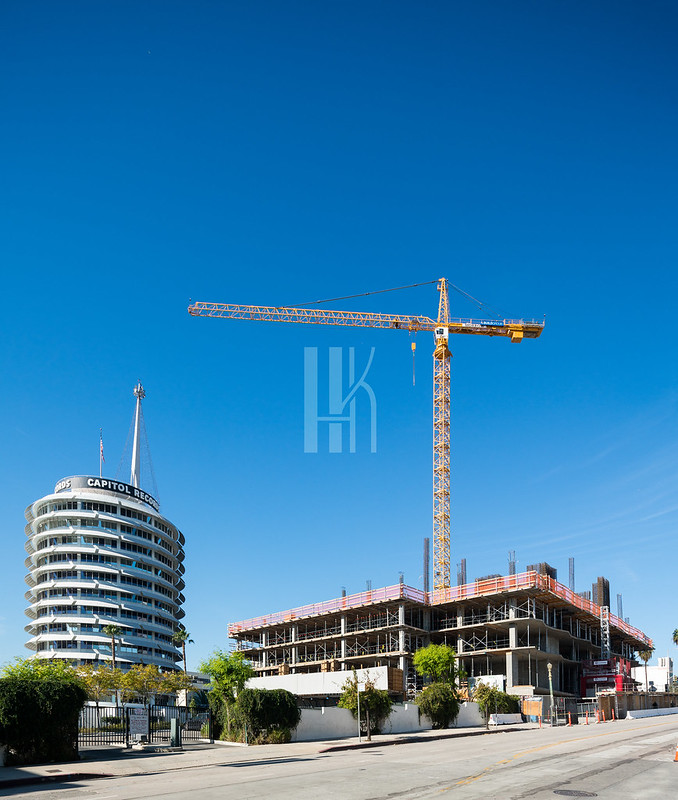 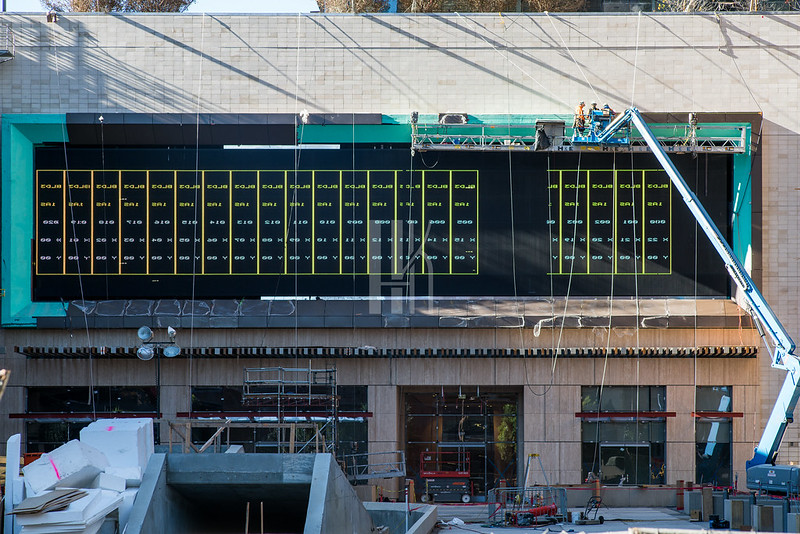 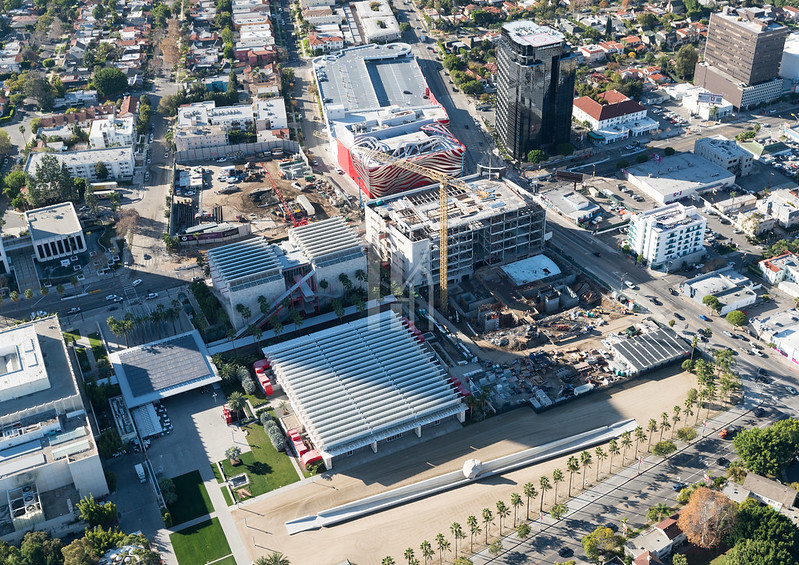