Last week, I was in San Francisco for a quick job. I usually visit two to three times a year to visit friends, eat, and leisurely explore. Since my schedule has been packed lately, I only had about 40 hours to complete the job and trek around the city. Most of my focus was on new projects and construction (particularly on Salesforce Tower, which is insane) but I also took some time to visit my favorite spots like City Hall and Financial District.

Here is everything I was able to squeeze in until my next trip.

The Color Factory at 575 Sutter St.

The Color Factory isn’t exactly a “new” development. In fact, the 3-story building was built in 1919, but it didn’t get its candy-colored stripes until last month. The pop-up will run during August & September. For a $32 admission price, you can experience interactive exhibits that celebrate color and materials by a variety of artists. Since I was running short on time, I opted to experience it from the outside instead. 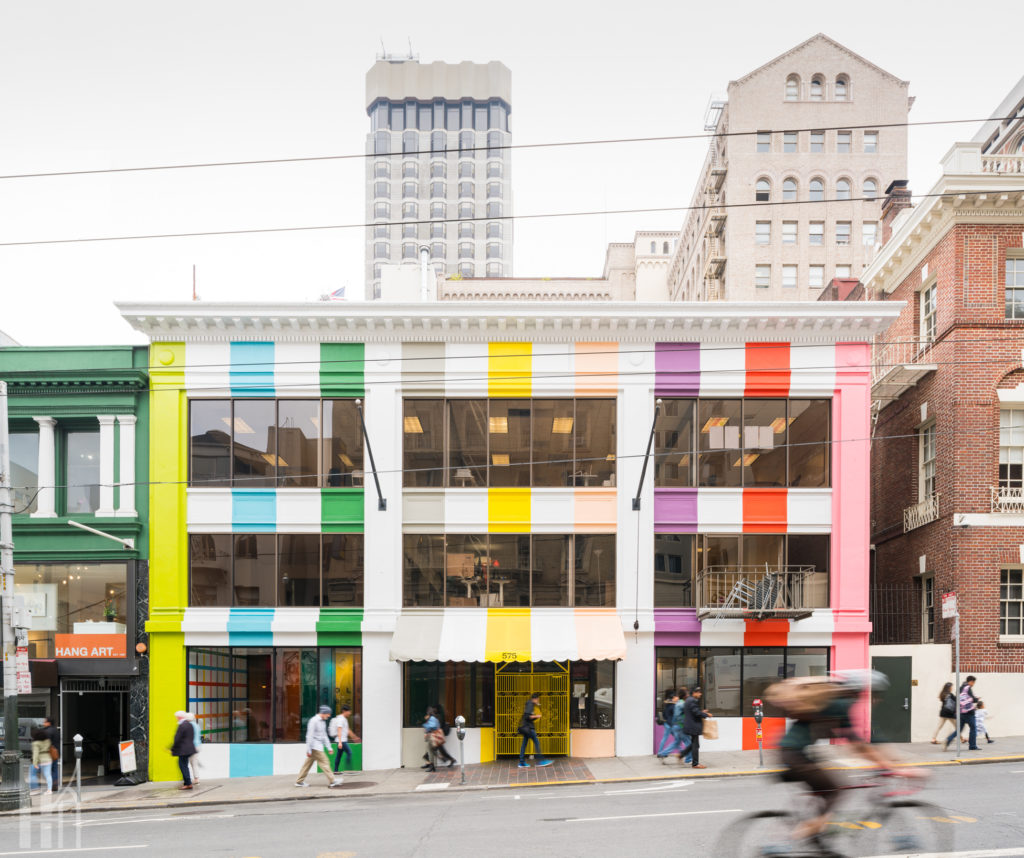 Although Salesforce Tower may not be the tallest building on the West Coast, it’s still an understatement to say that its impact on San Francisco’s skyline is immense. It feels like no matter where you are in the city, the massive tower is just. . . there, peering at your every move. Some might find it to be intrusive, but I think it’s an instant icon.

The 61-story skyscraper was designed by architecture firm Pelli Clarke Pelli. The total height of the structure is 1,070 feet, however only 900 feet will be inhabitable space – most of which will be occupied by the building’s main tenant, Salesforce. It has topped out, but is still in the process of finishing its glass facade. I’m a big fan of its aesthetic, even if it is very similar to Gran Torre Santiago and the International Finance Centre.

You can find a live feed of the ongoing construction on Salesforce Tower’s website. 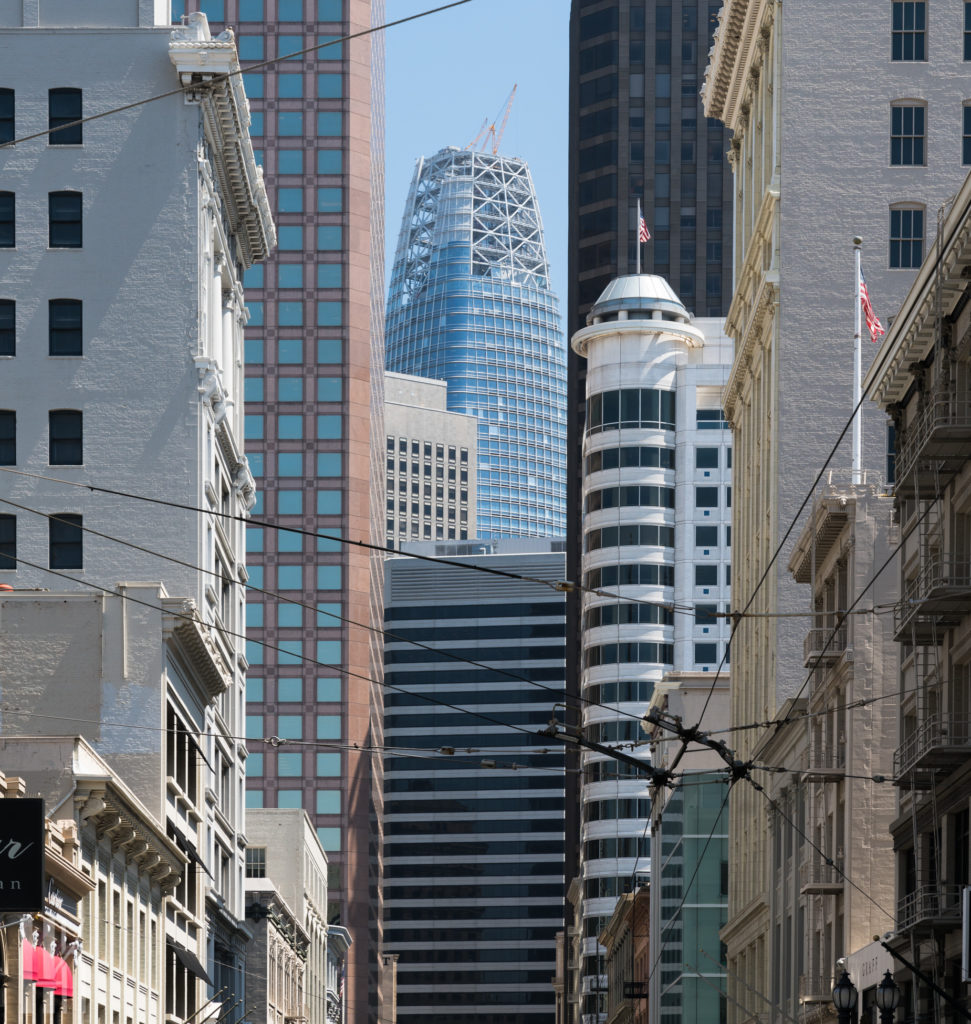 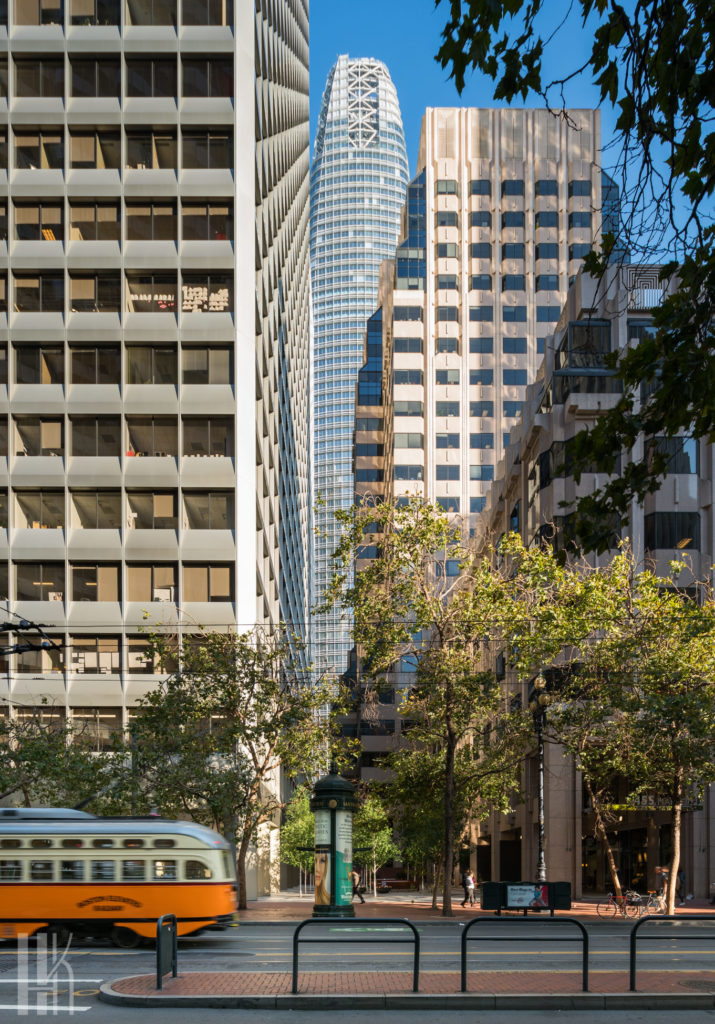 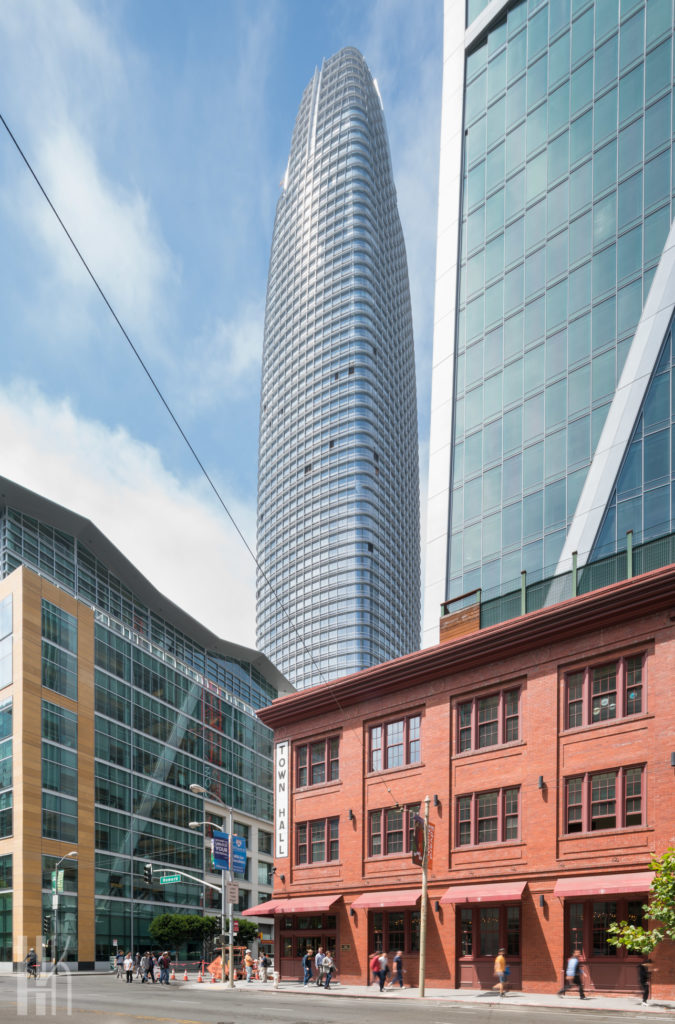 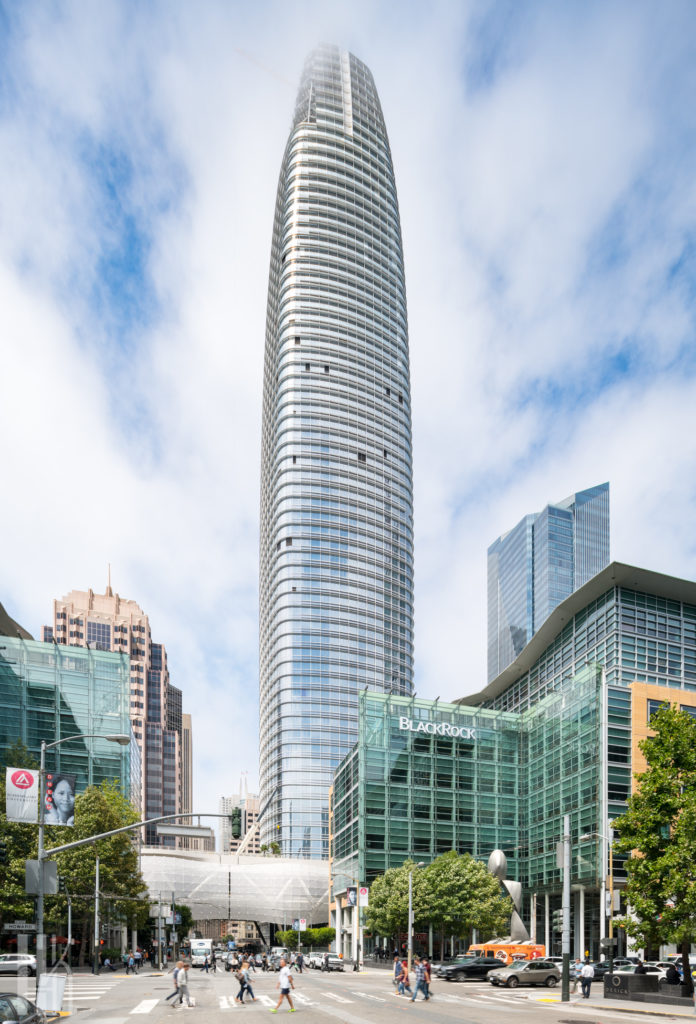 Just a few blocks away from the Salesforce site, Park Tower is under construction. The project is a 45-story office tower that will include 18,537 sq. feet of open public space and 8,642 sq. feet of retail on the ground level. The tower gets its name from the 14 sky decks that will offer its tenants access to over 50,000 sq. feet of outdoor space with views of the San Francisco Bay.

The tower is expected to deliver in mid 2018, so I’ll definitely be able to get at least one or two more photo updates before construction is complete. 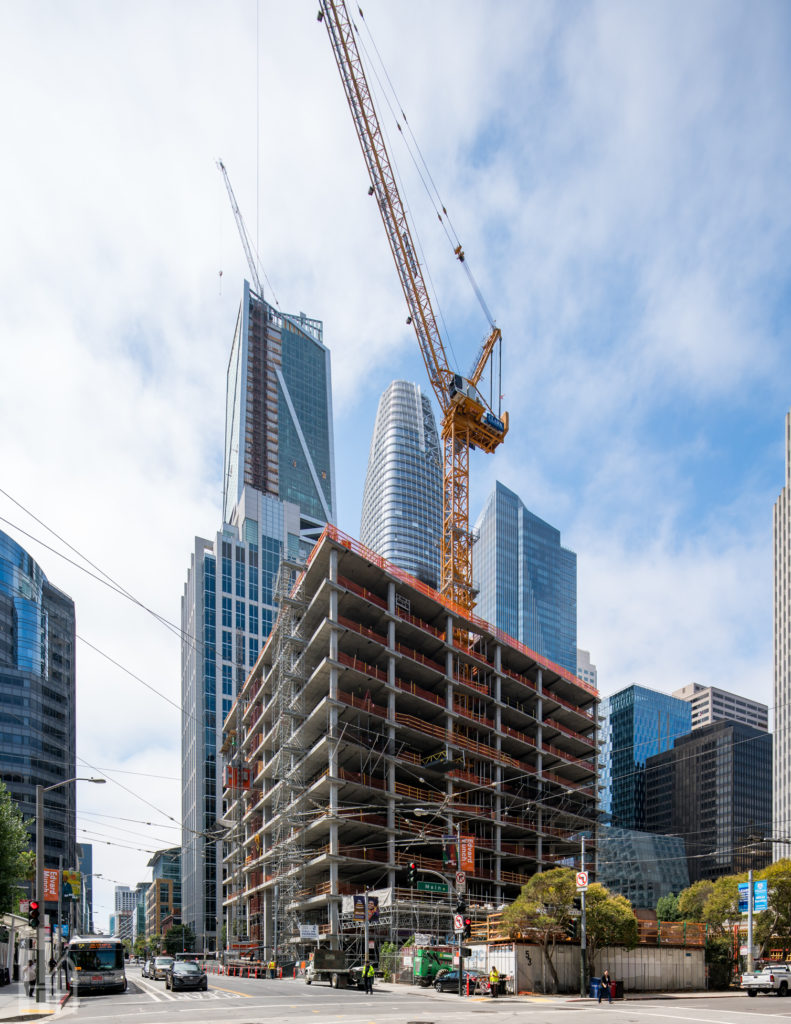 SoMa is unmatched when it comes to hot, new development but there is a really interesting project happening in Financial District right now. Just on the outskirts of Chinatown, 350 Bush St. is nearing completion. The 19-story office tower designed by Heller Manus Architects is extremely unique for several reasons. Not only is it the first office development built in FiDi since 2000, it was also built atop of a landmarked building: the historic San Francisco Mining Exchange.

This type of project which incorporates an existing historic structure is common in New York, but rarely seen in San Francisco or Los Angeles. The Mining Exchange was built in 1923, and as a big advocate for historic preservation, I’m really excited to see that it will be used as the lobby for the new office tower.

The 372,000-square-foot building has reportedly leased 185,000 sq. ft. to Twitch, a video game streaming site owned by Amazon, Inc. The building was originally slated to open this spring, but clearly missed that delivery. I’m guessing it will be opening within the next few months before the end of the year. 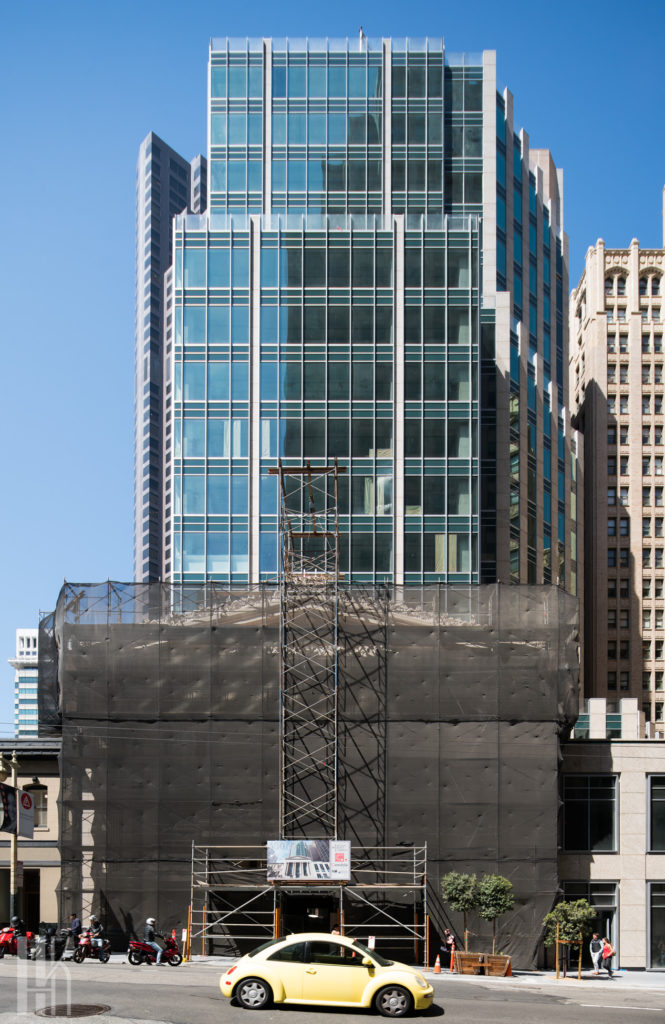 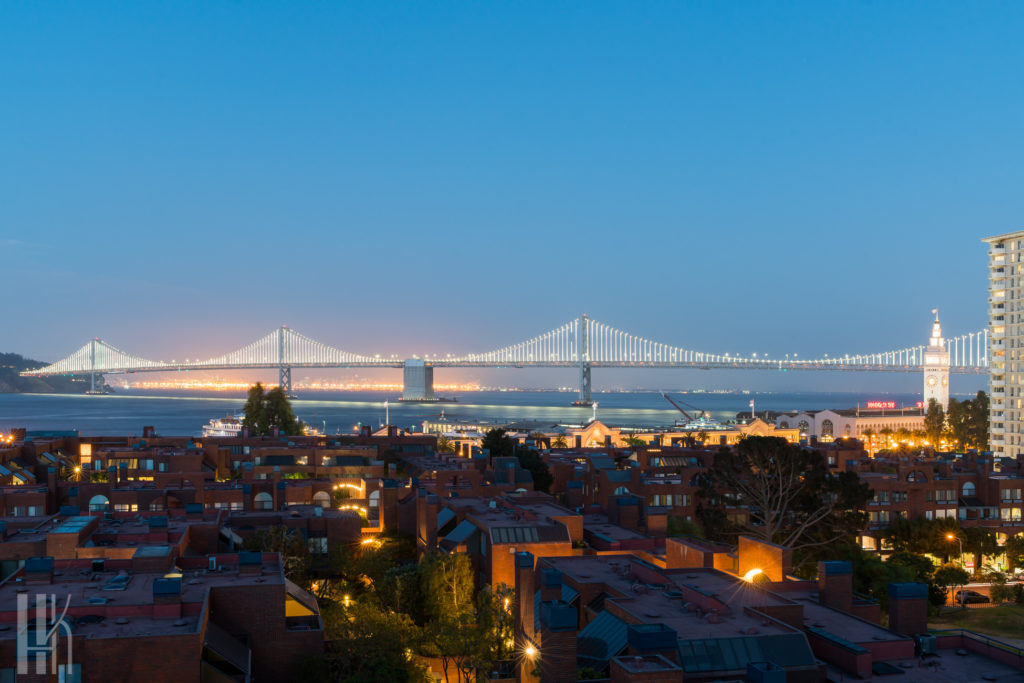 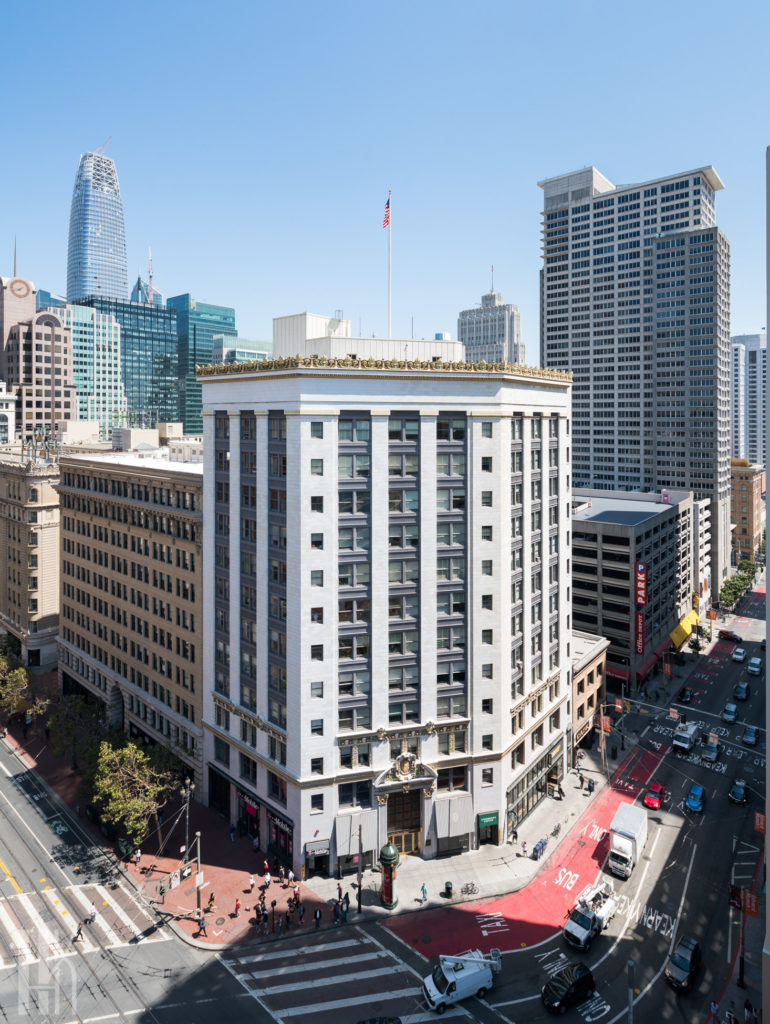 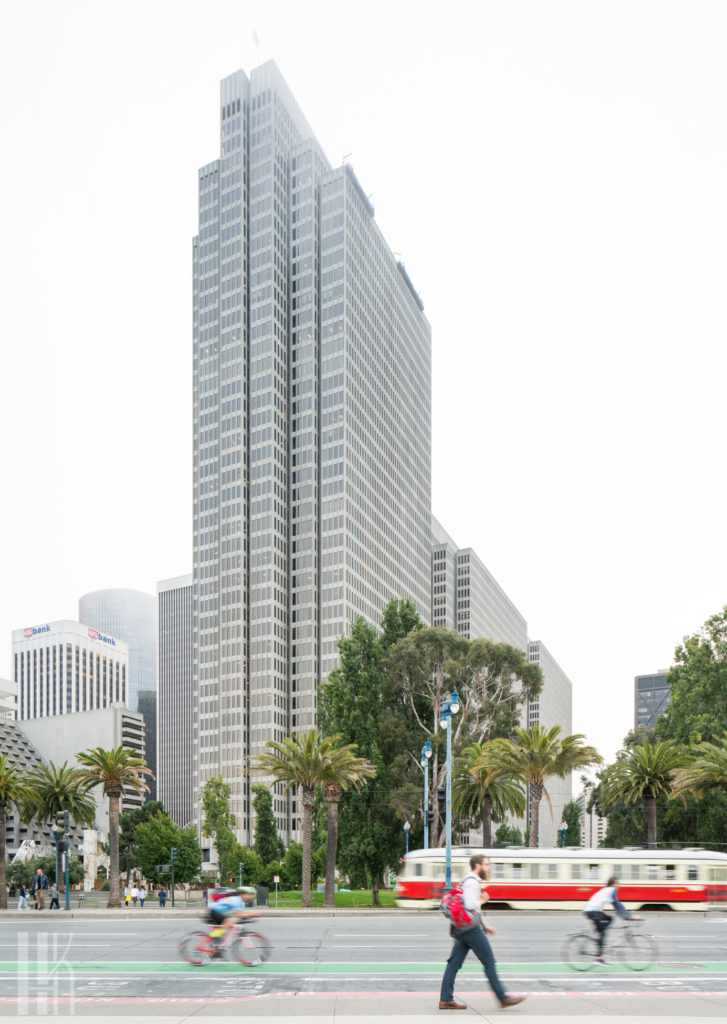 This building is Frank Lloyd Wright’s only work in San Francisco. This brief article from Hoodline gives a great background on its history as well as some interior photos. 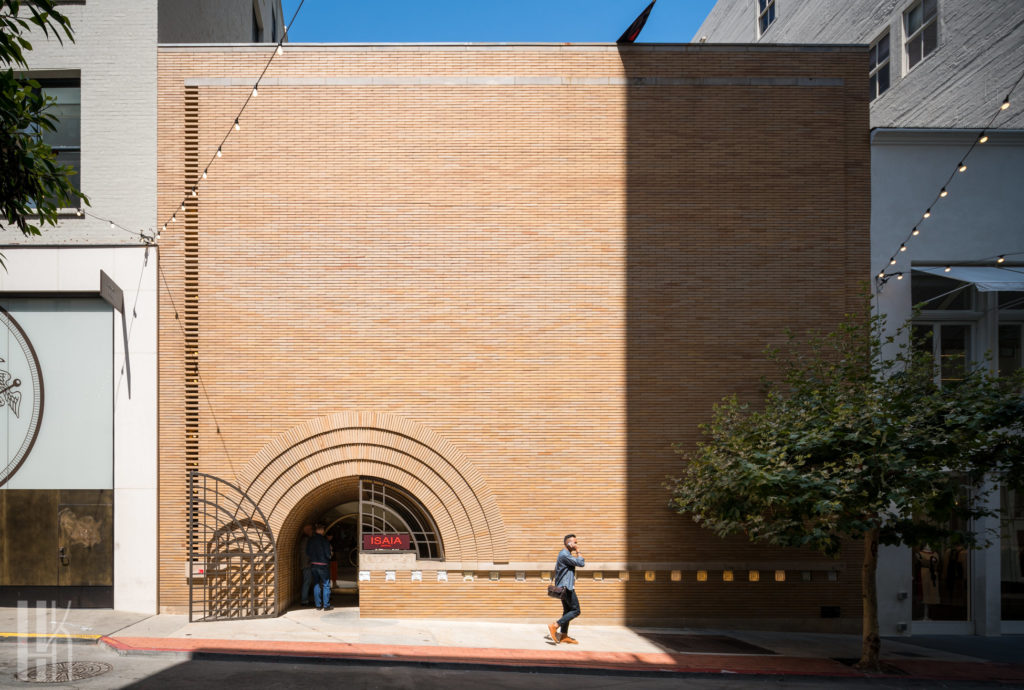 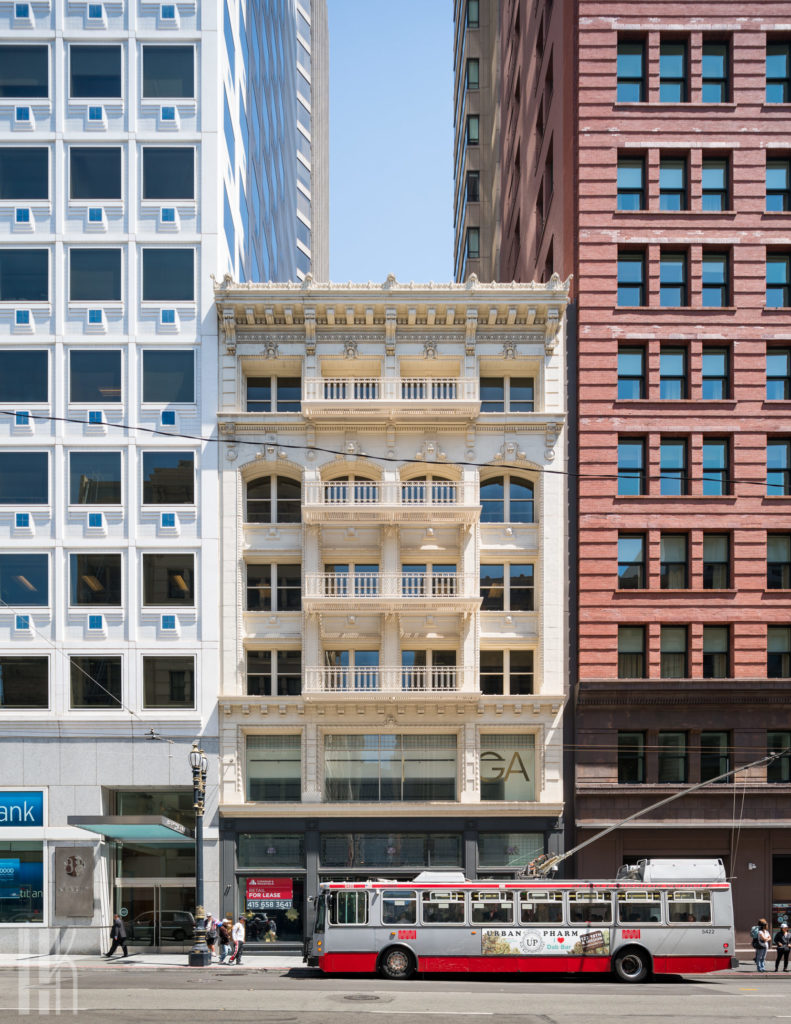 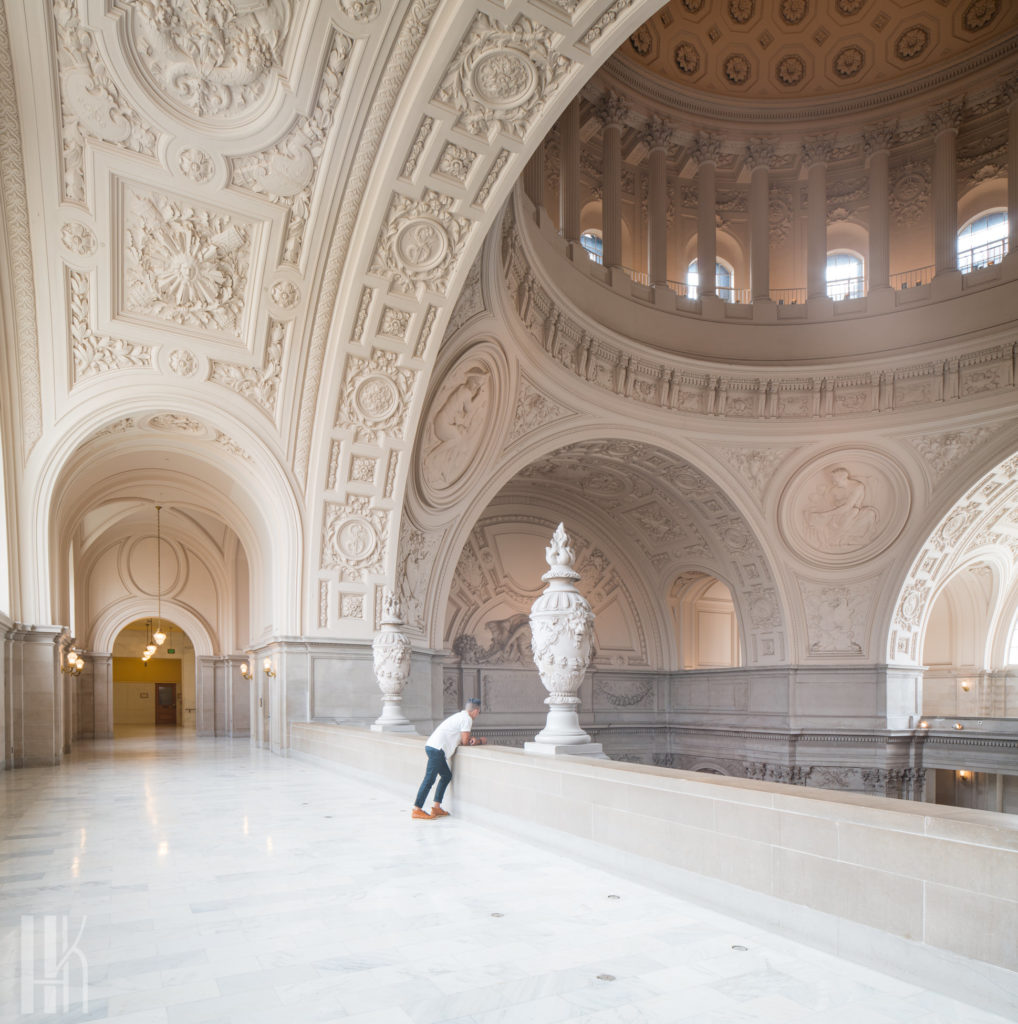 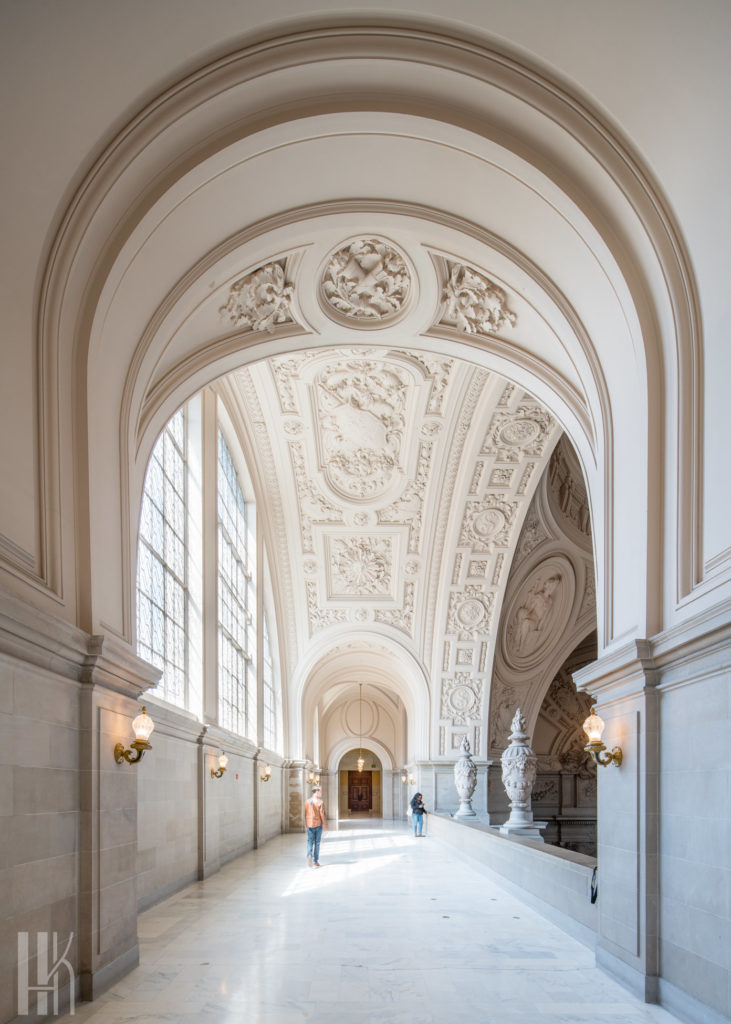 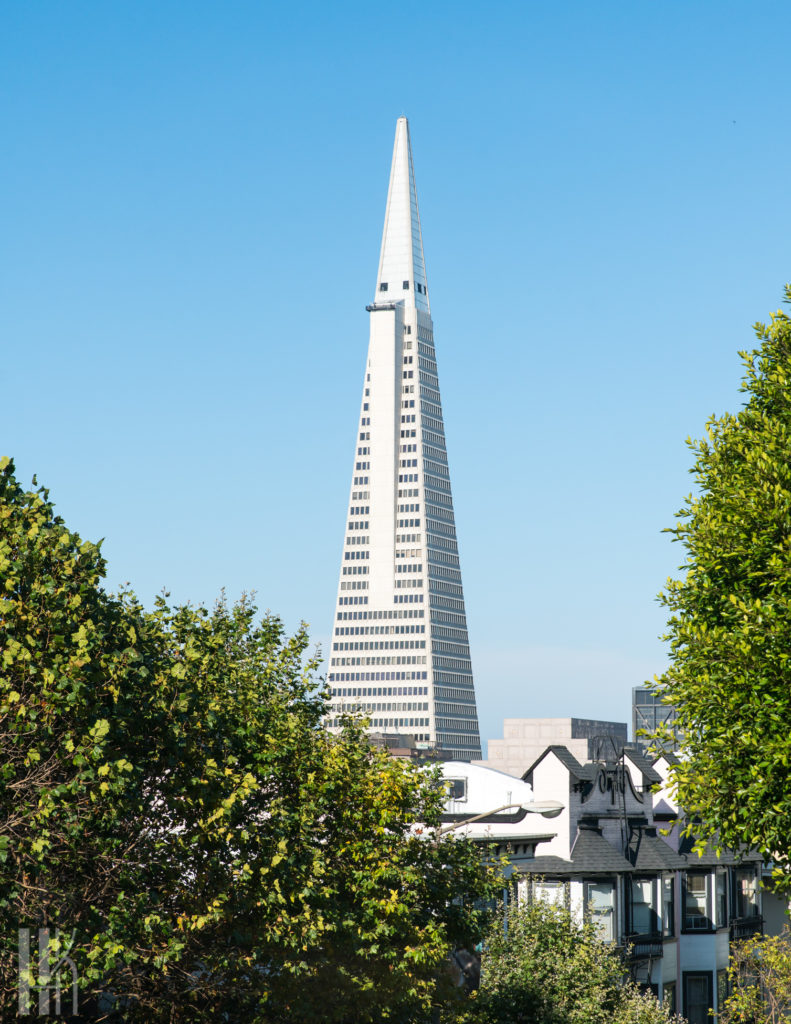